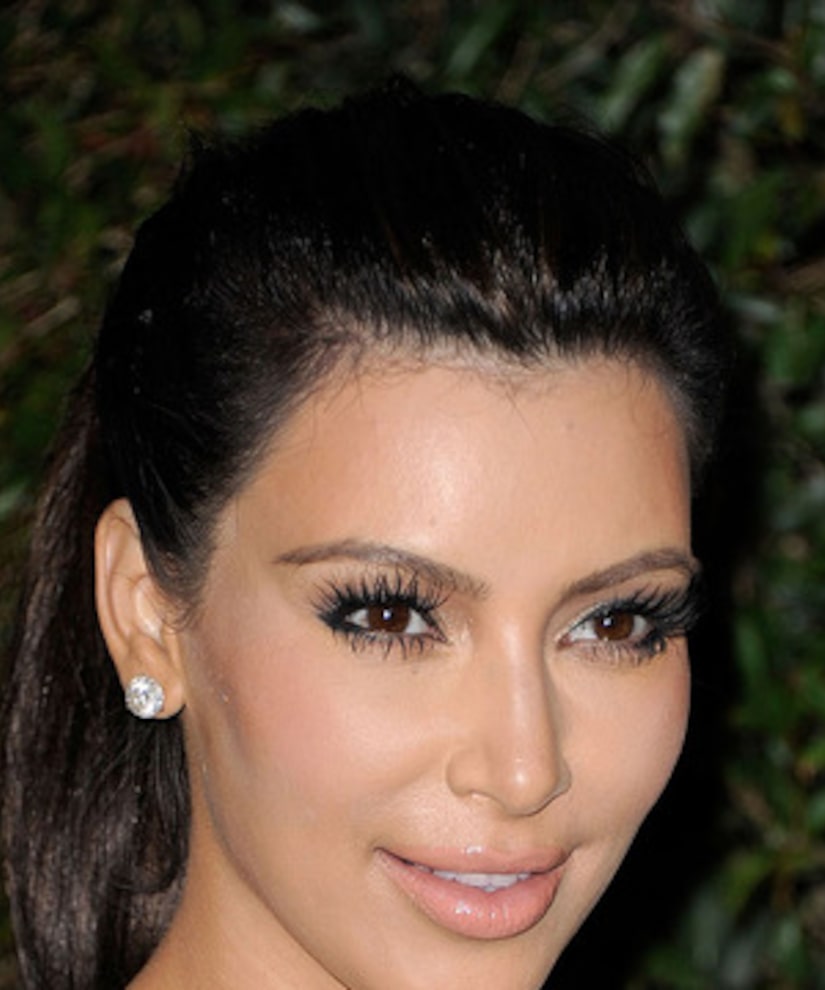 A source told the NY Post, “Kim wants to move beyond reality TV and become a comedy actress. She really wants to be the next Sofia Vergara.”

Kim K recently appeared in a live episode of NBC's “30 Rock” Thursday, playing herself in two scenes, and tweeted afterward, “Anyone see 30 Rock tonight??? I had a blast!!!! Love this show!”

She will also play herself in Tim Allen's ABC sitcom “Last Man Standing” in February and a character in Tyler Perry's upcoming movie, “The Marriage Counselor,” opposite Vanessa Williams and Jurnee Smollett.

Meanwhile, Kim's sister Kourtney is experiencing a bit of claustrophobia in her third trimester.

The pregnant Kardashian posted a picture of herself with 2-year-old son Mason with partner Scott Disick on her blog and wrote, "Here we are at LAX on my birthday (earlier this month) after arriving home from a birthday trip to Mexico. I have been claustrophobic just recently in my third trimester of my pregnancy.”

She explained, “I had a small panic attack in customs when they stopped everyone in a tunnel. Looking behind me all I could see was people and in front of me tons of people and I couldn't even tell where the tunnel ended. I had to just run to the front of the line because I literally couldn't breathe. It's a horrible feeling and I'm hoping that it goes away after my pregnancy. I hate that feeling of being trapped with no control. Ahhh deep breath!"