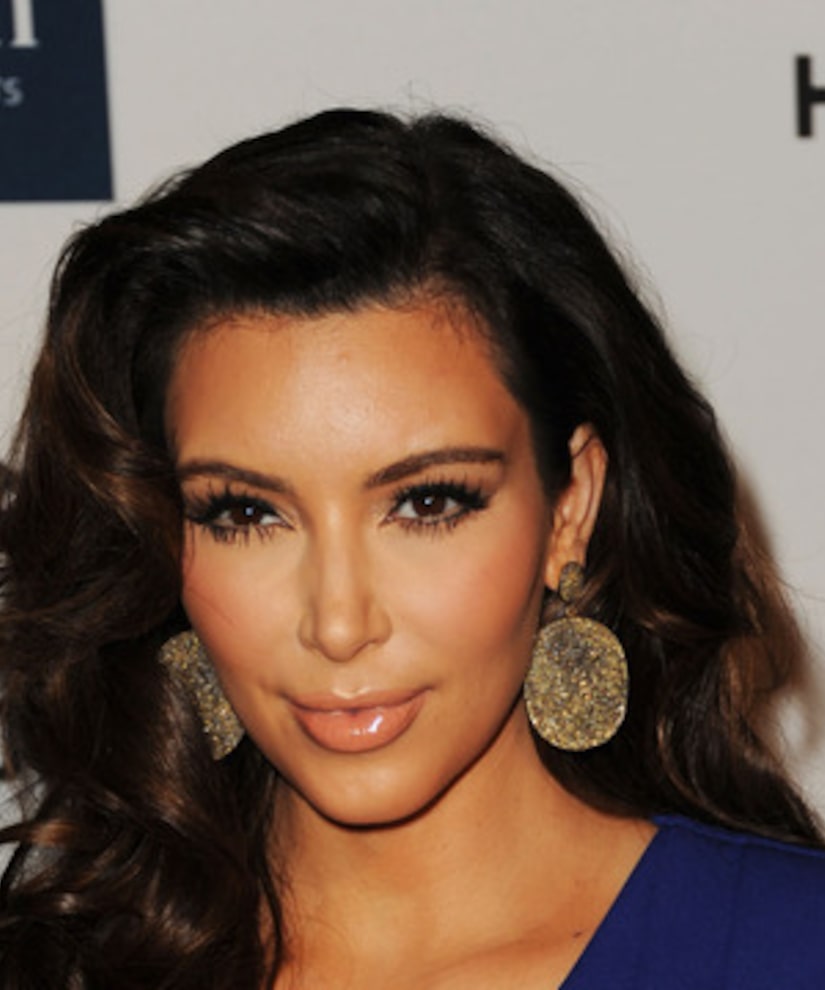 The photo first appeared on TheDirty.com, then on Media Takeout with the caption: "Nude Pic of Kim Kardashian Hits the Net… and It's an Old Pic… Before She Got Her Boobs Done!!!"

Kim's representative is denying that the pic is of Kim. "It's not her. You can totally tell. It looks nothing like her."

Meanwhile, the "Keeping Up with the Kardashians" star made a guest appearance on Thursday night's "30 Rock," alongside "SNL" alums Amy Poehler and Jimmy Fallon.

She came in at the top of the show acting as a Cabletown co-worker who needed to use the restroom. Later, Kim popped in to tell drag queen Paul (Will Forte) that she just caught his marriage proposal to Jenna Maroney (Jane Krakowski) on tape for "14 million people" to see.