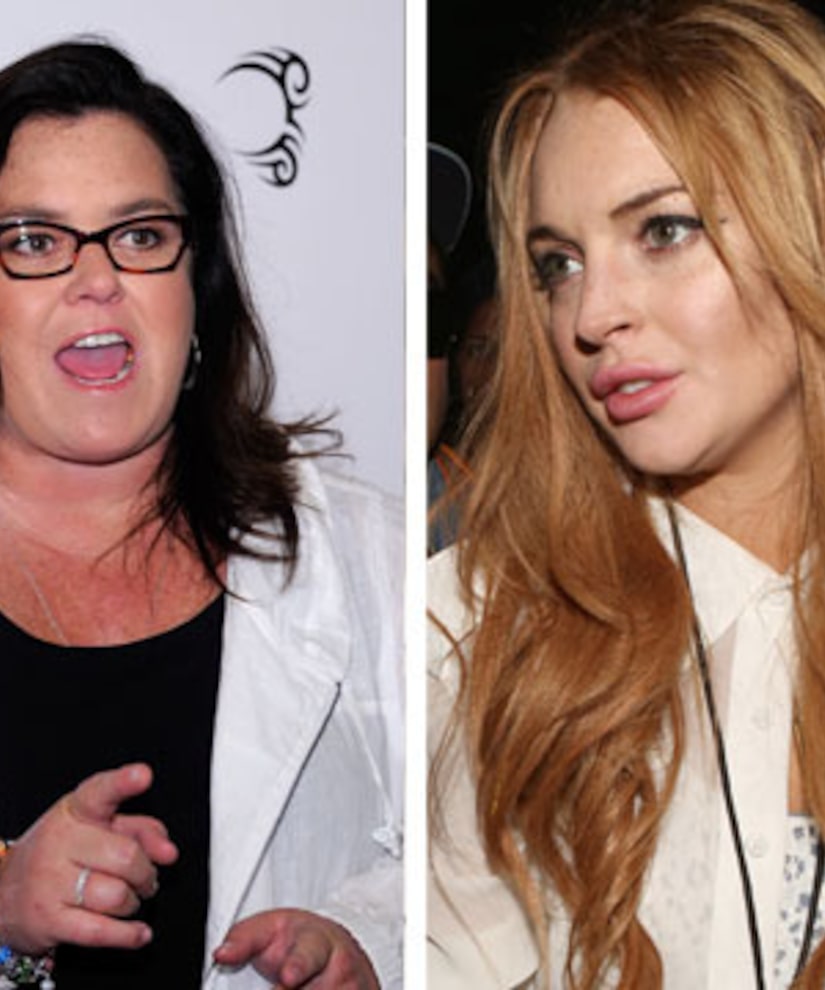 Former talk show host Rosie O'Donnell appeared on the "Today" show again Thursday to talk about her new fears for actress Lindsay Lohan as their feud continues to grow -- this time adding the death of Whitney Houston to the mix.

When host Matt Lauer asked Rosie to expand on her comments that Lohan should not play Elizabeth Taylor in an upcoming film, she said, "Lindsay was a beautiful, talented little kid," but "We've all seen what's happened in the last decade and it's tragic."

O'Donnell went on to say, "Listen, I'm 50 years old, and watching Whitney Houston's funeral, I remember thinking 'Why didn't more people say what they knew?' We all knew."

She continued, "Look at Lindsay Lohan, you can't help but feel for her. I do not think she's untalented. I think she's quite talented."

In response to Rosie's rants, the 25-year-old "Mean Girls" star said at the Star magazine event, "I know that I'm great… I'm really lucky to be able to do this role and I just want to honor Elizabeth the way that she should be honored, because she's helped a lot of people in her life."

On Monday, Lifetime officially announced that Lohan would be taking on the role of Elizabeth Taylor in the biopic "Liz and Dick."