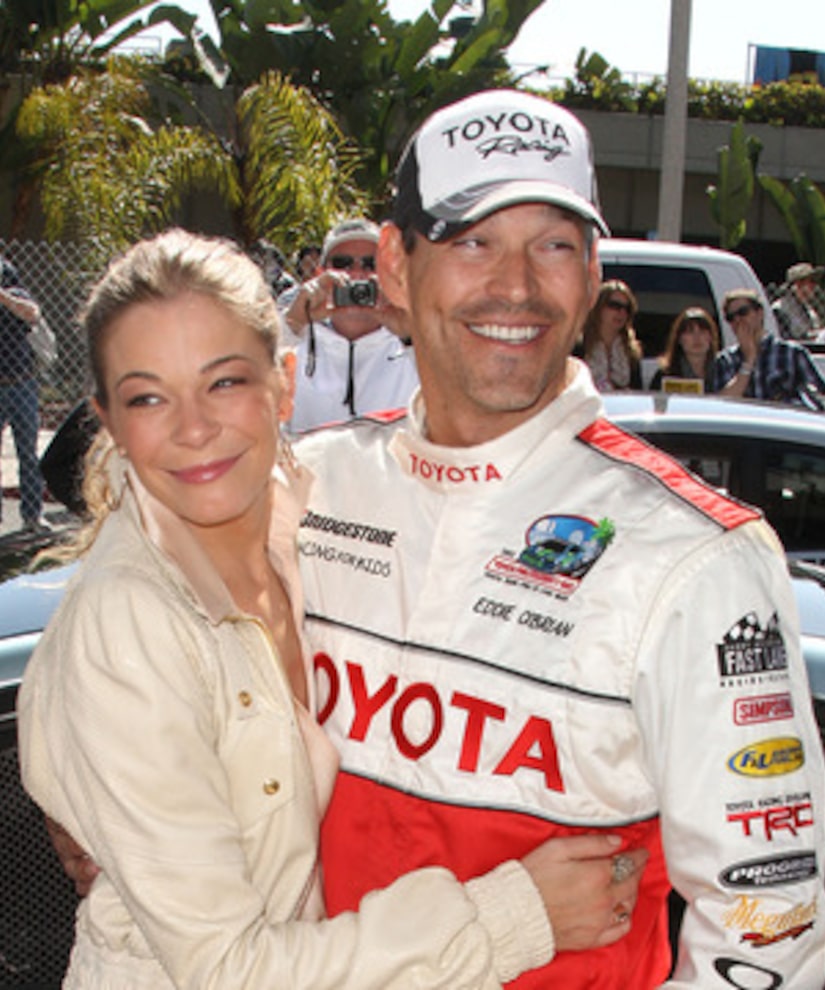 Singer LeAnn Rimes and actor Eddie Cibrian celebrated their one-year anniversary Monday and are telling "Extra" of their whirlwind marriage after meeting each other in 2009 on the set of "Northern Lights."

The 29-year-old country singer talked about life after "I do," saying, "It's been nutty… a lot to handle, but it's been great all at the same time."

Raising Eddie's two sons with his ex, "Real Housewife" Brandi Glanville, hasn't been easy for Rimes. "A lot has happened in the last three years… acclimating to having these two little boys in my life… and figuring our way around that whole world of you know, co-parenting and kids."

Cibrian added that after moving to Chicago in 2011 for his now cancelled "The Playboy Club," he makes "a conscious effort to try to keep myself home now in L.A. for the family."

When LeAnn was asked about rumors of her being a judge on the "X-Factor" she said, "I have no idea… I've had many talks with them. We'll see! I think Britney Spears would be an interesting choice. I mean, I think definitely if you have Brtiney and me on a panel it'd be two completely different people, completely different backgrounds, different strengths, weaknesses."