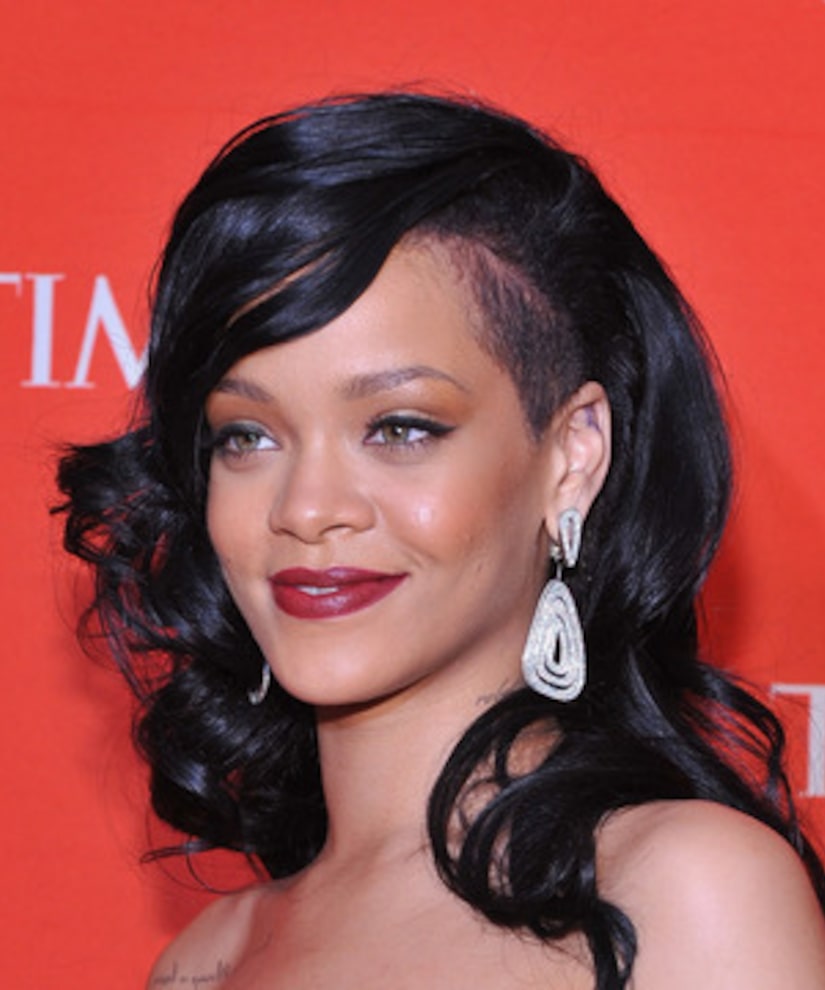 "Extra" host AJ Calloway met up with superstar Rihanna to talk about rumors that she’ll play the late Whitney Houston in an upcoming film, and about being honored as one of Time's 100 Most Influential People, plus her movie debut in "Battleship."

When Rihanna was asked about her interest in playing the legendary singer in a possible biopic, she said, "I mean who wouldn't be… it's Whitney Houston!"

"Extra" was with Rihanna at TIME Magazine's annual 100 Most Influential People gala where she was being honored -- alongside Secretary of State Hillary Clinton and "Today" host Matt Lauer. "I never thought I would ever be part of the Time 100 list," said the 24-year-old pop singer.

"Battleship" sails into U.S. theaters May 18.