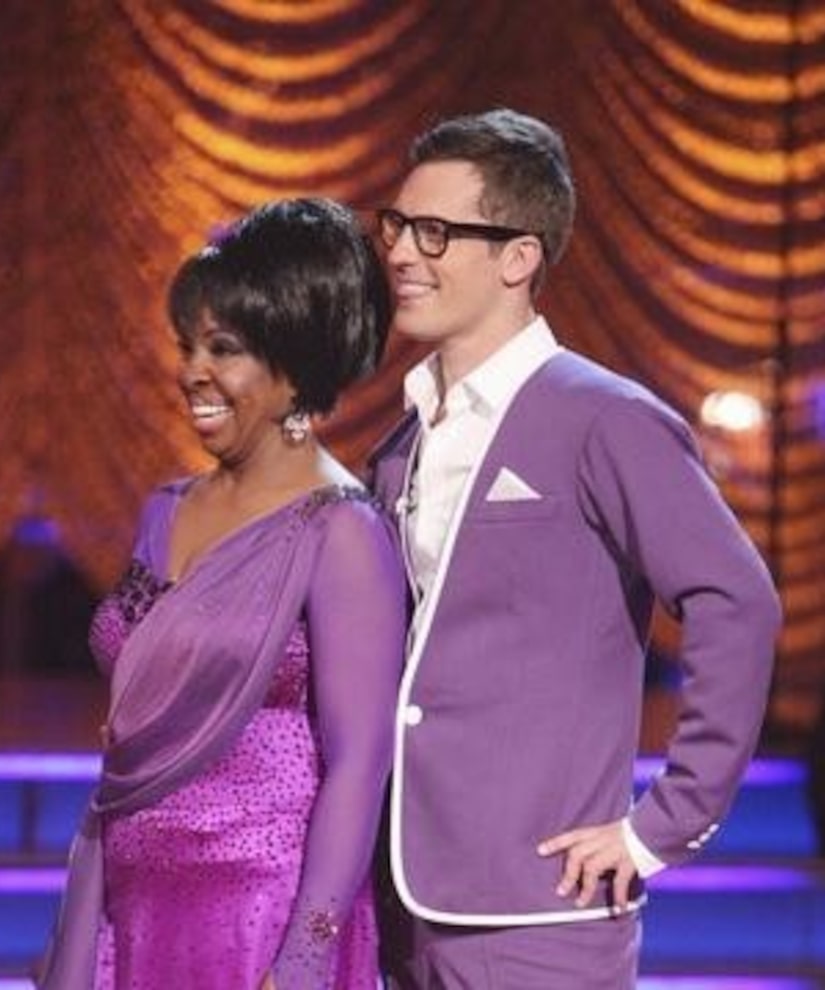 “Dancing with the Stars” contestant Gladys Knight was unfortunately eliminated Tuesday, but at least she's going home with a brand new body!

“Extra's” Renee Bargh was backstage with the R&B singer, who revealed her astounding weight loss. “Sixty pounds!” exclaimed Knight. That's half a Pip!

When asked who they were going to vote for now, both Gladys and partner Tristan MacManus said they will root for NFL player Donald Driver.

Maria Menounos had a scare while performing Monday when she almost fell down the stairs during her routine with partner Derek Hough. Maria said after the performance, “I thought I was going to fall on my back and break every bone in my body.”

Tune in next week to see another round of competition on “Dancing with the Stars”!