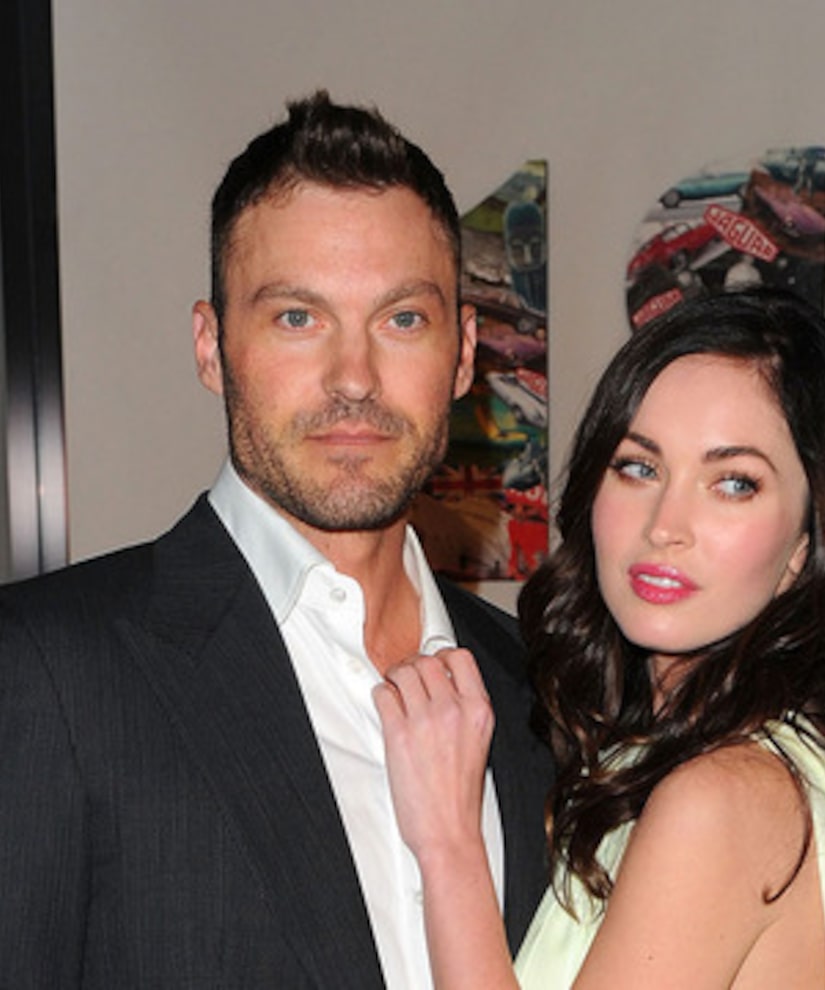 In yet another report, actress Megan Fox is indeed expecting her first child with husband Brian Austin Green.

Last month Star magazine said the “Transformers” beauty was pregnant, and now E! Online reports a source has told them the same.

No official word yet from Fox, Green or their reps.

The couple, who tied the knot in June 2010, have admitted to at least looking forward to starting a family.

"I want at least two, probably three kids," Fox said in the April issue of Cosmopolitan. "I've always been maternal."

This will be the second child for Green, who has a 10-year-old son with ex Vanessa Marcil.