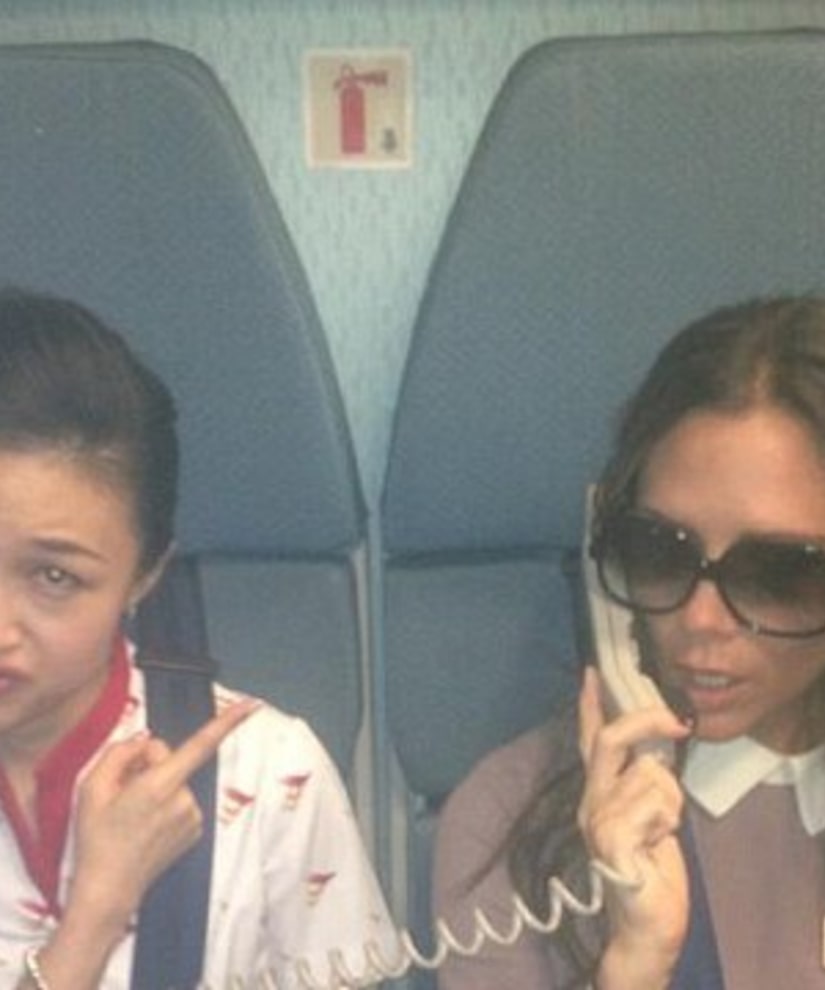 Former Spice Girl Victoria Beckham told Women's Wear Daily this week that thanks to social media, the public is finally able to grasp her sense of humor.

The mother-of-four told WWD that in her Twitter posts she,"'tries to give personal insights to my followers as well as keeping them abreast of the business."

"I think that my fans and customers really get to know me and my sense of humor through my tweets. I think people see the real me," she added.

The 38-year-old fashion designer followed this comment by posting a picture of herself playing flight attendant en route to China on Friday.

Posh sat in the jump seat and pretended to make an announcement over the loudspeaker. She captioned the picture: "Cabin crew prepare for landing! Welcome to Beijing!"

Thanks to her tendency to pout in front of the cameras, Victoria has gained a reputation for having an icy demeanor -- something she frequently denies.