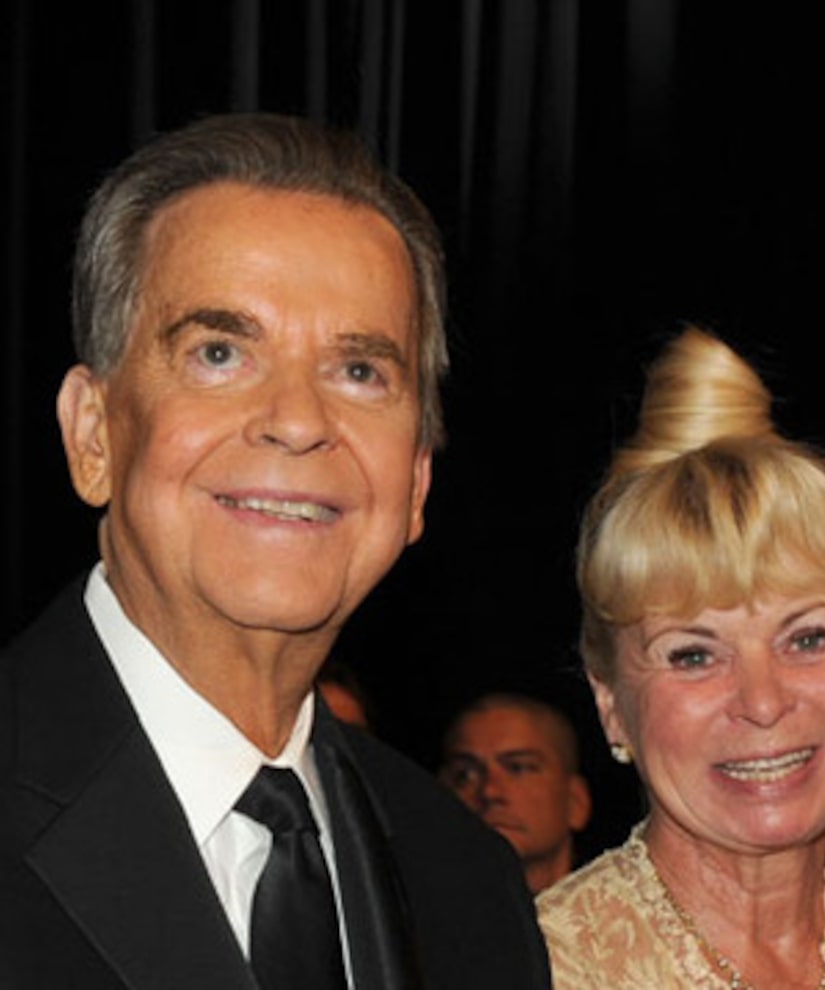 The entertainment mogul Dick Clark was a man of many talents and was always busy building his multi-million-dollar empire. How much was the TV icon worth when he passed Wednesday at age 82?

At one point, Clark hosted shows on all three major TV networks; "$20,000 Pyramid" on ABC, "Live Wednesday" on CBS and "TV's Bloopers and Practical Jokes" on NBC.

Over the years, he founded Dick Clark Communications, and held licensing rights to Krispy Kreme in the UK and Ireland.

His total fortune is estimated at $250 million.

Clark was married three times and is survived by his wife Kari and three children from his earlier marriages.

The details of his will remain a secret.