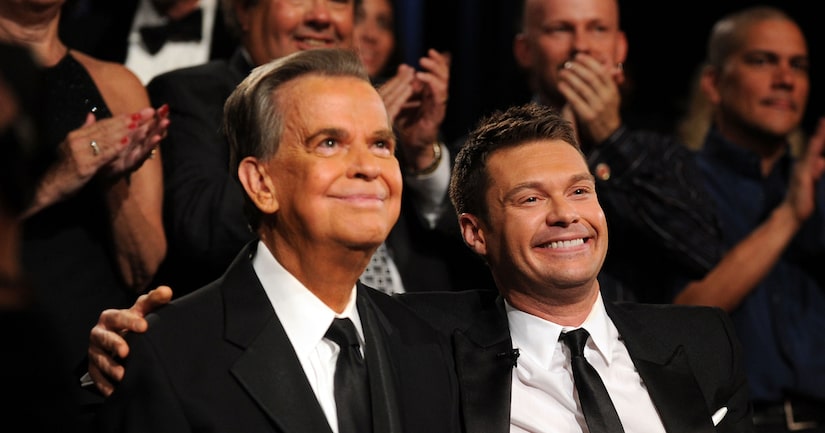 "We can't begin tonight's show without acknowledging the passing of a television pioneer and my dear friend, Dick Clark," the host said. "Without Dick, a show like this would not exist. He will be missed greatly."

Ryan added backstage, "It was a tough night to do the show. I miss him, and there was nobody like him."

In 2005 Seacrest, 37, joined Clark as the host of the long-running "New Year's Rockin' Eve" telecast.

A source close to Clark said he believed "Ryan would be the one," to carry on his legacy. "He's definitely it, if there's ever going to be a new Dick Clark, Ryan Seacrest would be the one I'd choose, and I know Dick felt that way too," he added.

As word of Clark's passing became known, Seacrest tweeted, "I am deeply saddened by the loss of my dear friend Dick Clark. He has truly been one of the greatest influences in my life. I idolized him from the start, and I was graced early on in my career with his generous advice and counsel."