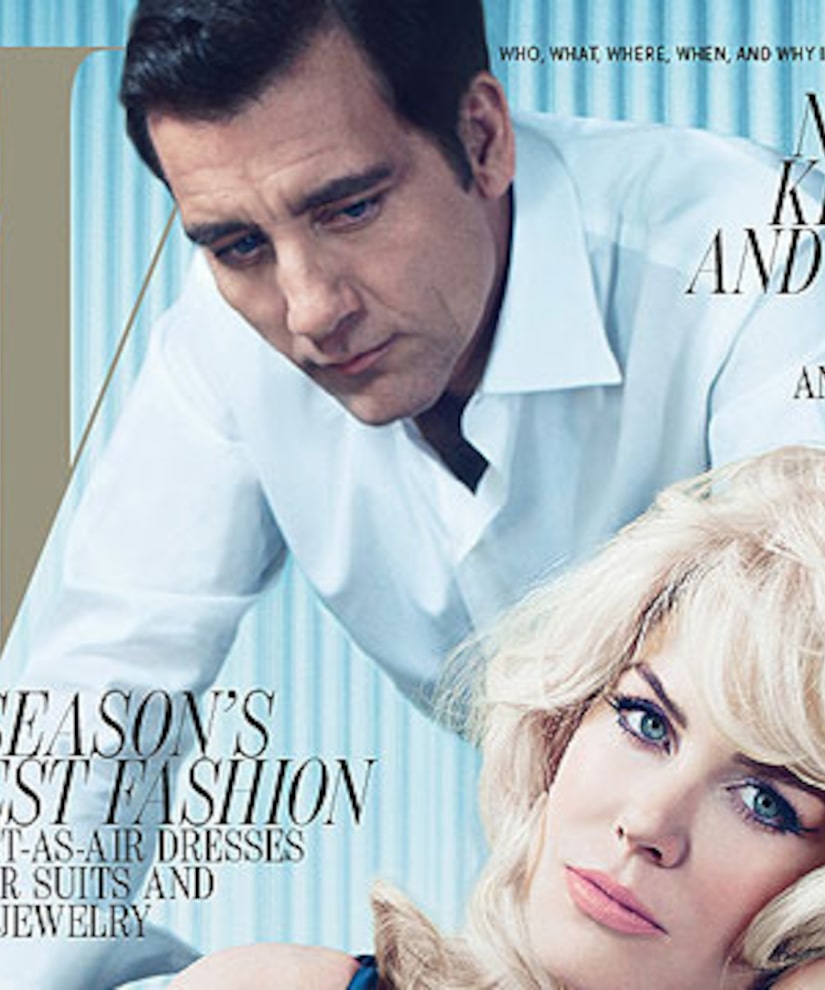 Actors Nicole Kidman and Clive Owen, stars of the upcoming HBO film "Hemingway & Gellhorn," made the May cover of W Magazine, talking about their sexually charged movie based on the relationship between Martha Gellhorn and Ernest Hemingway.

In the movie, the aspiring journalist Martha Gellhorn (Kidman) meets Ernest Hemingway (Owen) -- who is married -- in Key West in 1936. As they begin their affair, he encourages her to become a war correspondent. They eventually marry, and for four tempestuous years travel the world in search of war zones.

Kidman explained, "The sex was very important in that relationship because that's the way she cuts Hemingway off. When Gellhorn says, 'I don't like sex,' it's her way of saying, 'I'm not based in sexuality; Hemingway didn't have power over me. That's not where I came from.'"

The Oscar winner continued, "Having said that, the sexual attraction between them was powerful. I kept asking Phil Kaufman, the director, 'Is all this sex ­important for the story?' I wanted to make sure he wasn't just getting off. But these were two people who could make love when a building was falling down around them. They had passion."

Clive Owen added, "It's much harder to do a death scene. You've got to do it convincingly, and it's a huge thing to die. Sex scenes are only hard if there's no narrative conveyed through the sex scene. In the Hemingway film, the sex scenes have a story going through them. It's part of who these people are and what they are."

Read more of the interviews and check out some more sexy pix at WMagazine.com!