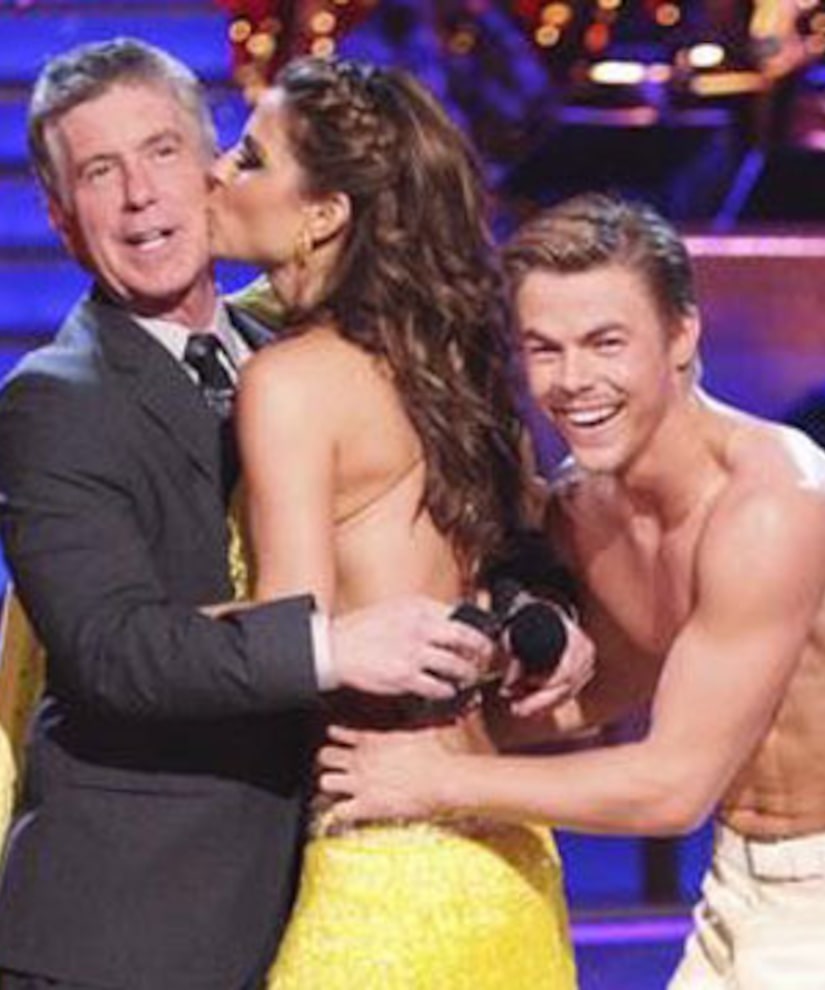 Asked by judge Len Goodman to repeat their sexy salsa from Monday night, the two did just that, but when it came time for the kiss, Maria and Derek each kissed a judge instead. Derek planted one on Carrie Ann Inaba, while Maria ran over and let Bruno Tonioli kiss her cheeks.

When it was over, Maria had a slight wardrobe malfunction when her top had ridden up a little on the left side. She turned from the camera and pulled it back down in time. They were safe.

But the bottom two couples -- Gavin DeGraw and Karina Smirnoff and Jaleel White and Kym Johnson -- had to compete in a dancing duel, giving the judges the final say as to who would stay.

After the performances, the judges conferred and decided to save White, sending DeGraw home. "It's been amazing to be part of the show," he said, thanking his family and fans.

And in a bit of friendly rivalry, Selena Gomez performed on "DWTS," while her sweetie Justin Bieber performed at the very same time on "The Voice."