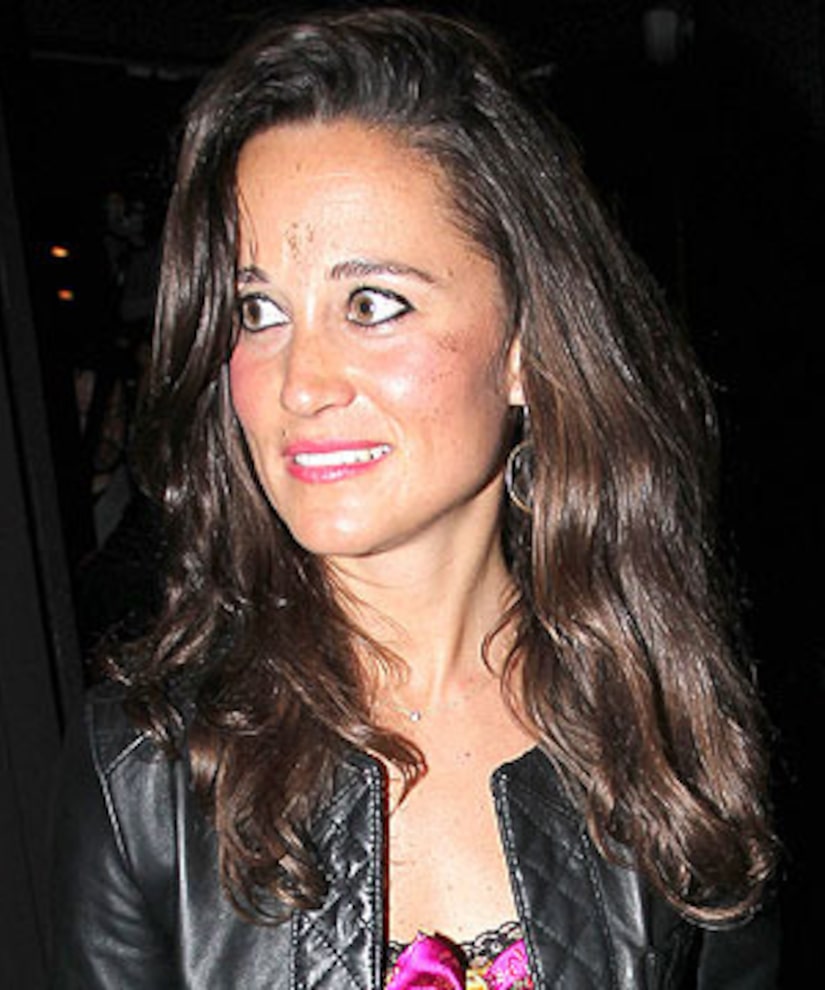 Kate Middleton's kid sis was in Paris over the weekend, partying with a group of people at a huge birthday bash in France. In fact, she was seated next to an unidentified male in a convertible, who waved a gun at the paparazzi, causing a big stir dubbed by British tabloids "Gungate."

While this is a criminal offense in France, Pippa seems to be safe from any repercussions -- for the moment. Authorities are not expected to investigate based on photo evidence alone, so Her Royal Hotness won't be called as a witness to the incident.

"They're not taking this very seriously because there are no charges," Christopher Dickey, Newsweek's Paris Bureau Chief, said on "Today" Tuesday.

A paparazzo also told French website Gala.Fr that at least one of the photographers was "in on the joke" and the gun was just a toy.

Pippa attended the massive 30th celebration for designer Vicomte Arthur de Soultrait, who threw the 18th-century theme party for himself, featuring costumed dwarves, a cleavage-baring nun, fire jugglers and the birthday dude in a dog collar.

"I don't think the palace will say a word, but I think her sister will give her the mother of all tongue lashes," quipped MSNBC's Martin Bashir.