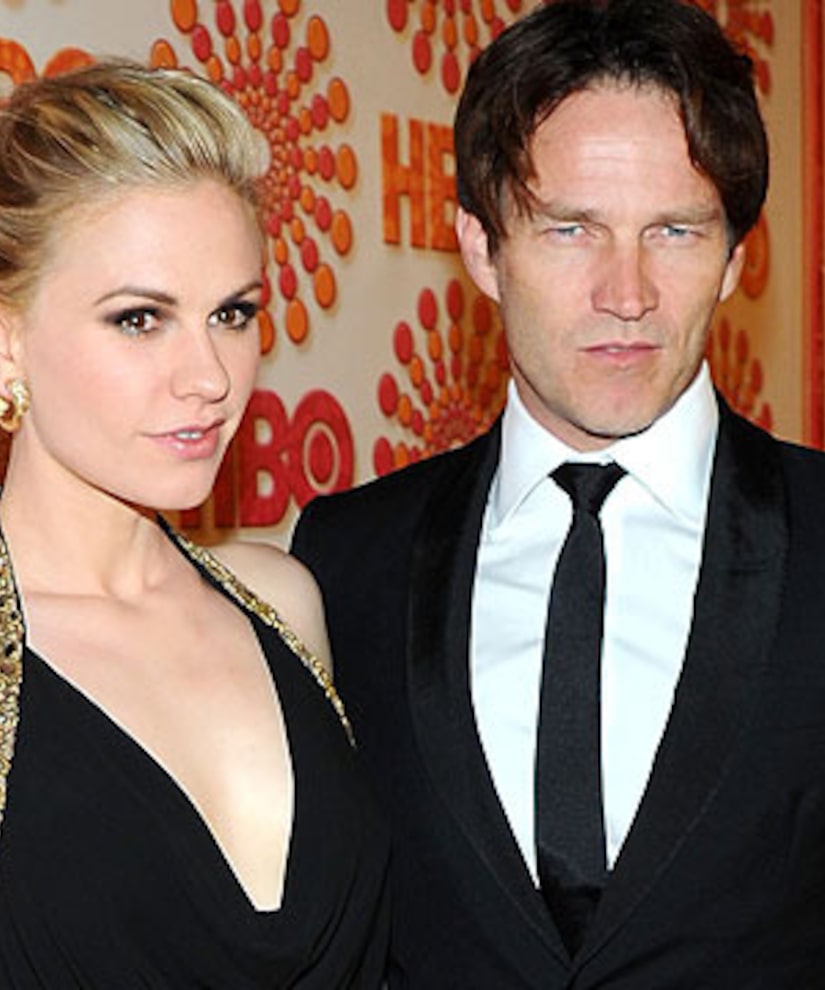 Paquin is expecting the couple's first child, due in the fall, their reps confirmed to EW.com Tuesday.

The actress, who plays Sookie Stackhouse in the hit HBO show, met Moyer, who portrays vampire Bill Compton, on the set in 2007, and they were married in 2010.

This is Paquin's first pregnancy. Moyer, 42, has two children from previous relationships.

Paquin and Moyer will return to play Sookie and Bill when "True Blood" returns for its fifth season June 10 on HBO.