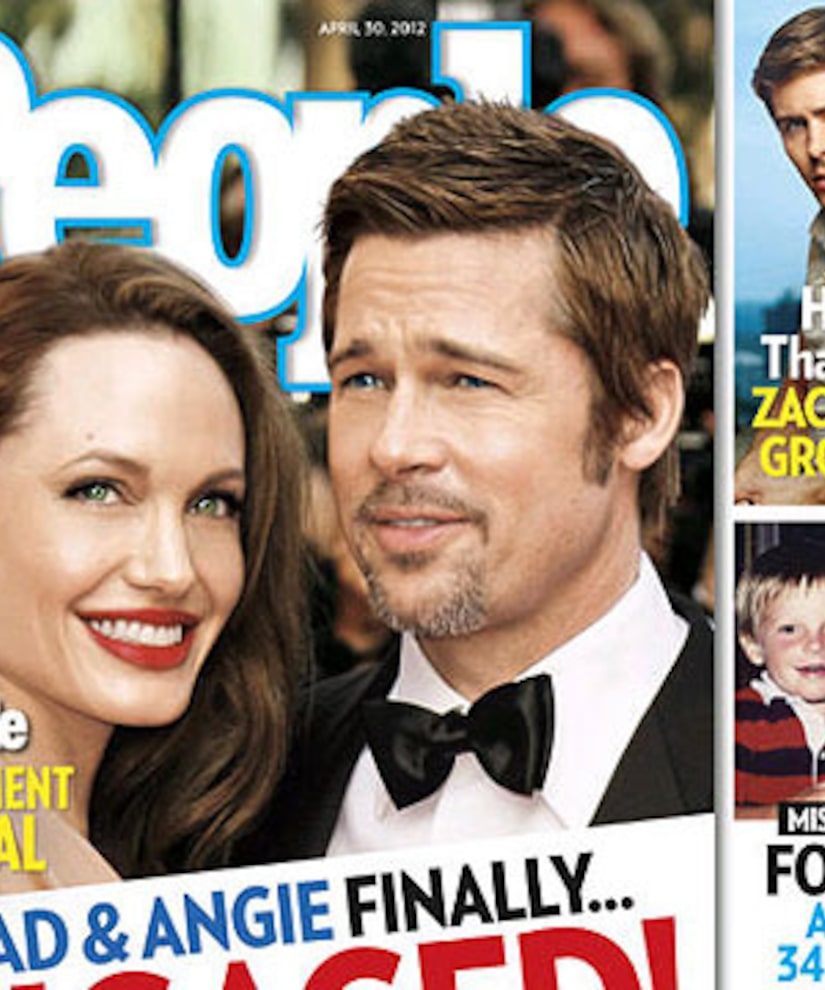 What royal wedding? The upcoming Brad Pitt/Angelina Jolie union could be the media event of the century.

Jolie quietly debuted her gorgeous engagement ring given to her by longtime love Pitt at a private event at the Los Angeles County Museum of Art on April 11, thus creating a media wedding frenzy around Hollywood's most glamorous couple.

First, there's the ring, designed by Beverly Hills jeweler Robert Procop, who said Pitt was instrumental in coming up with the unique design. "Brad had a specific vision for this ring, which he realized over a yearlong collaboration... The side diamonds are specialty cut to encircle her finger. Each diamond is of the highest gem quality." 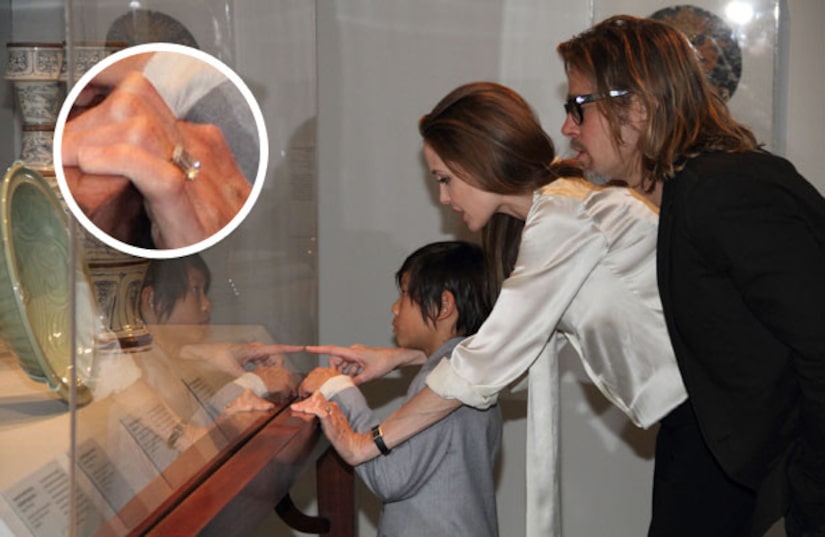 Although the specific carat weight and cost has not been officially released, People.com reports it could be about 10 carats, with a $1 million price tag.

As for the wedding details, no date has been set, but some speculate it could be a grand affair at their home in the south of France this summer, while others believe Brad and Angie could do it in a very low-key way, possibly even eloping.

Then there's the guest list. Who will be the best man and maid of honor? Will Jolie's once-estranged father, Jon Voight, attend? Will George Clooney be in the house?

And what about Pitt's ex, Jennifer Aniston? Daily Mail reports she is happy for Brad and Angie, now that she is also secure in her own relationship with Justin Theroux.

One thing is for sure... Pitt and Jolie, who have been happily cohabitating for years, felt it may be time to make it official because their six kids --Maddox, 10, Pax, 8, Zahara, 7, Shiloh, 5, and 3-year-old twins Knox and Vivienne -- wanted them to be married.

Jolie told "Extra's" Jerry Penacoli earlier this year, "They figured out what marriage is now, they're old enough so now they kind of like the idea of it. But were still convinced that half of them just want to party."

Pitt and Aniston divorced in 2005 after five years of marriage, while Jolie was previously married to Billy Bob Thornton and British actor Jonny Lee Miller.