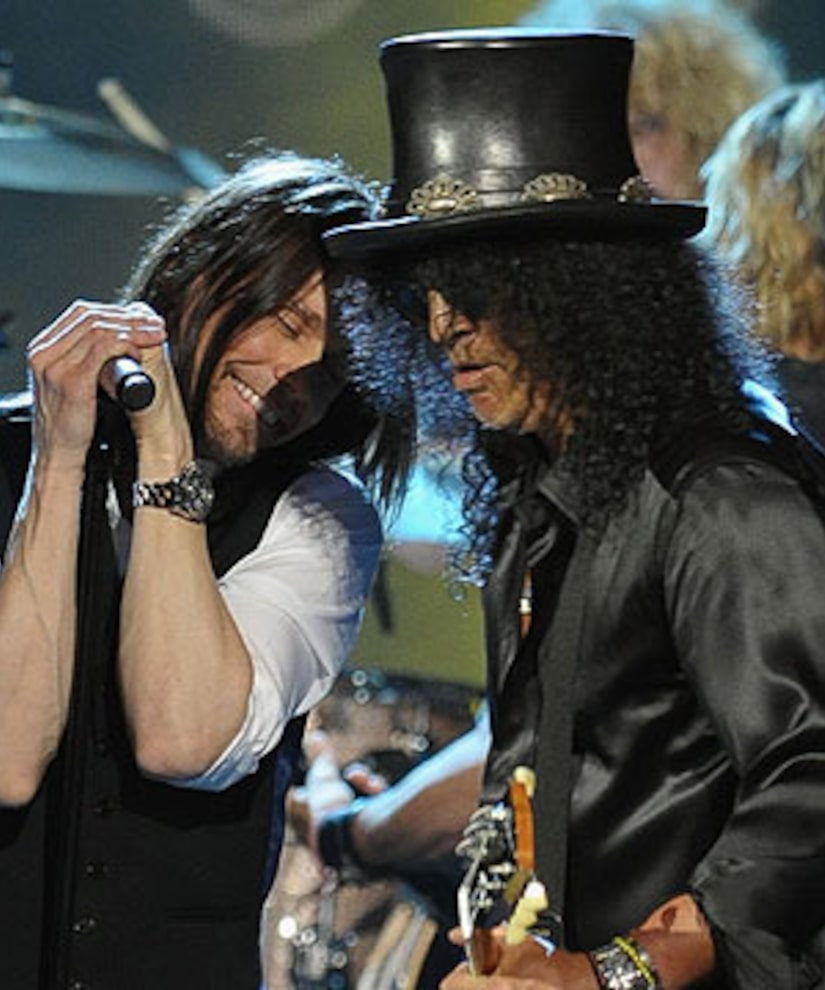 Former Guns N' Roses frontman Axl Rose decided not to show up to the 2012 Rock and Roll Hall of Fame Induction concert Saturday, but it didn't stop the other band members from reuniting and rocking the house.

Guitarist Slash, bassist Duff McKagan and drummer Steve Adler performed in Cleveland for the first time in nearly 20 years to the delight of the sell-out crowd, playing classic hits like "Sweet Child O' Mine" and "Paradise City."

Rose declined to attend the induction, saying he didn't want to be part of the ceremony because it "doesn't appear to be somewhere I'm actually wanted or respected."

"We're going somewhere," Kiedis said. "How can we stop and take an award when really we're just halfway there? But it is nice to be together with people that we spent some incredible years along the way writing songs and playing shows in little theaters and sweaty little transvestite clubs and having the time of our lives."