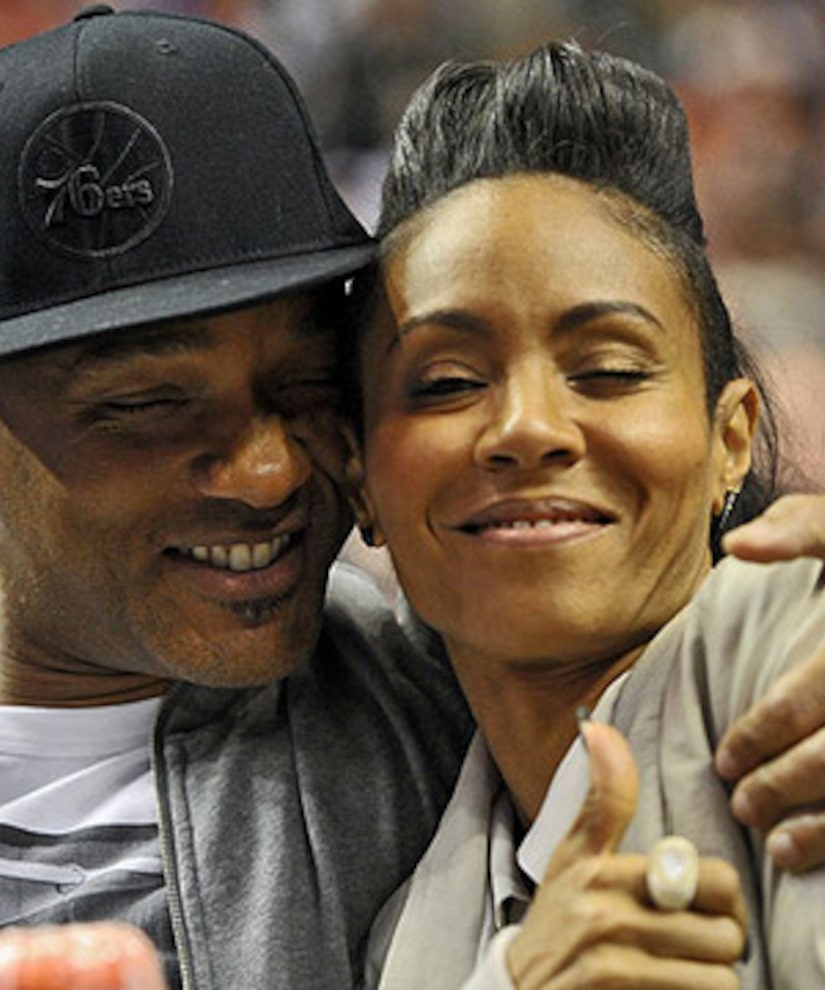 Actress Jada Pinkett Smith isn't quite sure why the tabloids persist in saying she and husband Will Smith are breaking up, but she wants to set the record straight, gosh darn it!

Jada told French magazine Gala, "These rumors are completely untrue... Every year, one celebrity couple is under the microscope. This year, unluckily, it's us! I almost want to say that we should have been expecting it."

She added, "Will and I know the truth. We're waiting peacefully for the storm to blow over."

Pinkett Smith admitted she and Will spend time apart because of their busy work schedules. "I travel a lot because of my work, just like Will does. ... But our lifestyle hasn't changed. Before we had the kids, we were already far away from each other quite often because of separate projects."

Asked about the rumor that they no longer live under the same roof, she replied, "That's ridiculous. We've always lived together."

Will is currently filming the M. Night Shyamalan movie "After Earth" with son Jaden, 13, while Jada is gearing up to hit the road with hair-whipping daughter Willow, 11, who is going on tour as a singer.