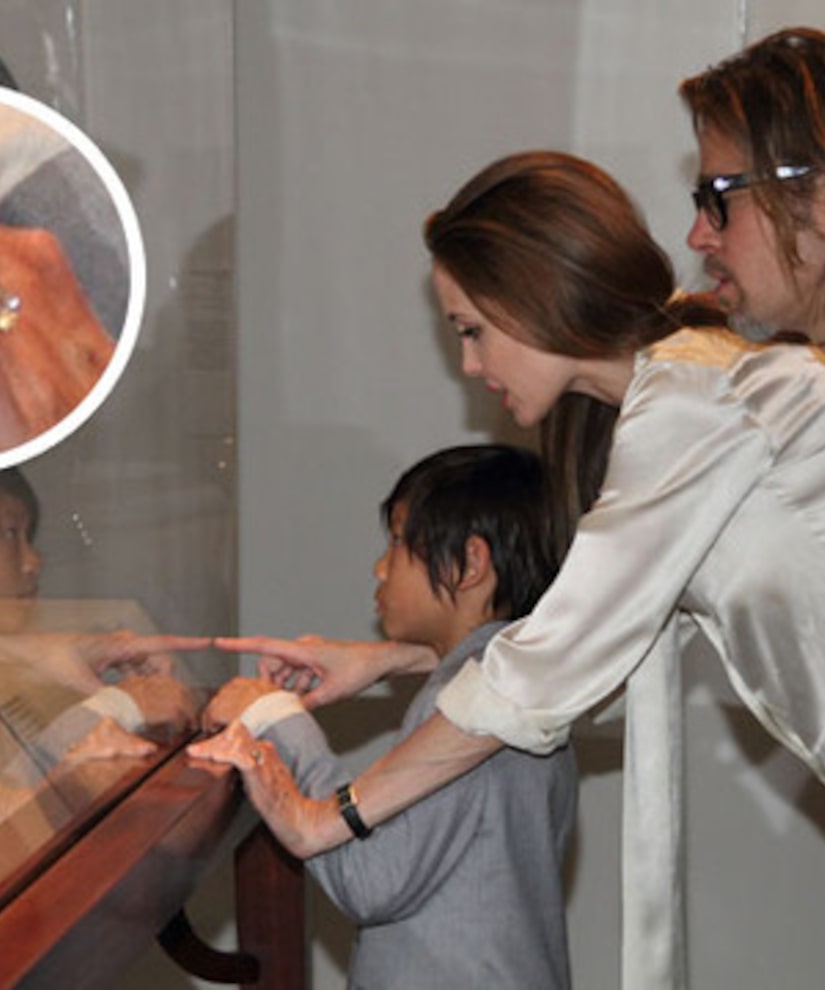 Procop's office said in a statement, "Brad had a specific vision for this ring, which he realized over a yearlong collaboration with Robert. He wanted every aspect of it to be perfect, so Robert was able to locate a diamond of the finest quality and cut it to an exact custom size and shape to suit Angelina's hand. Brad was always heavily involved, overseeing every aspect of the creative design evolution. The side diamonds are specialty cut to encircle her finger. Each diamond is of the highest gem quality."

UPDATE: Brad Pitt's rep confirmed Friday that after several years as a couple, Brad and Angie are officially engaged. The rep said there isn't a wedding date "at this time." She also said that the engagement "is a promise for the future" and that the children -- Maddox, 10, Pax, 8, Zahara, 7, Shiloh, 5, and 3-year-old twins Knox and Vivienne -- are "very happy."