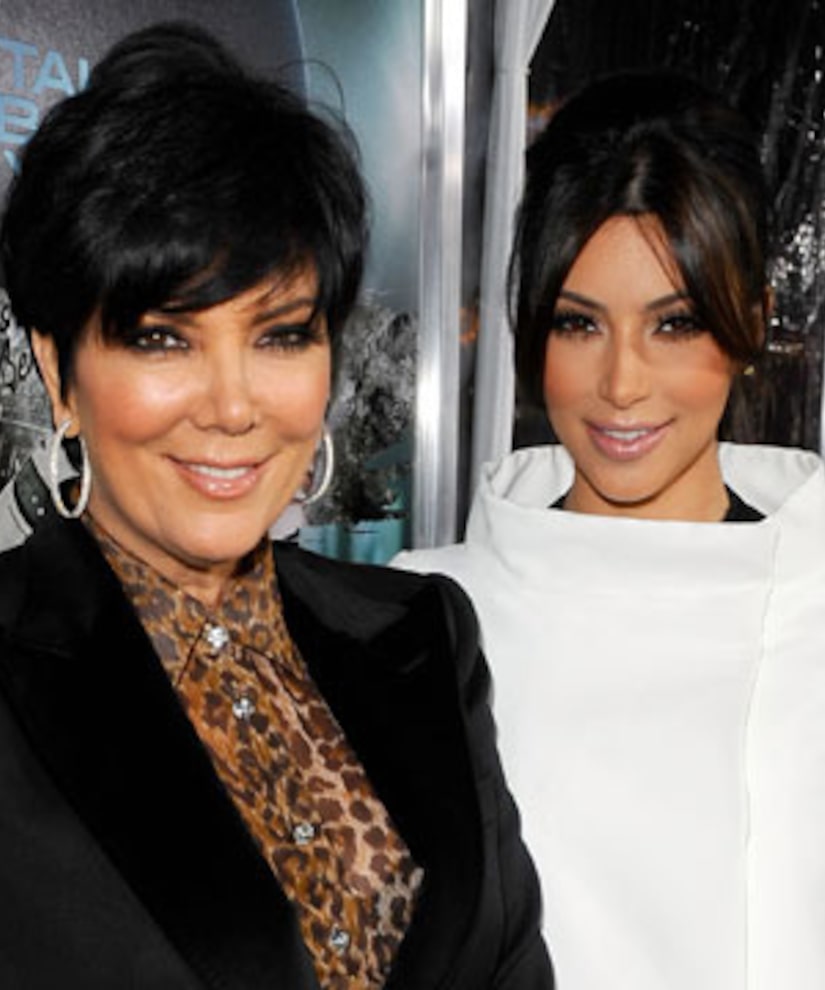 "She loves that they're together and thinks Kanye is a huge step up for Kim after her marriage to Kris Humphries," adds the source.

Jenner has been managing Kim's career, from encouraging her to pose nude in Playboy to overseeing her endorsements, and now supporting this this headline-grabbing relationship.

The source added, "Dating Kanye puts Kim in a whole new stratosphere," says the family friend. "Kris was just a basketball player making a few million dollars a year, but Kanye is a worldwide multi-millionaire superstar. His money and fame are all going to benefit Kim now and she's going to have all the perks of being his girlfriend."

Kim and Kanye have reportedly been dating since late March.