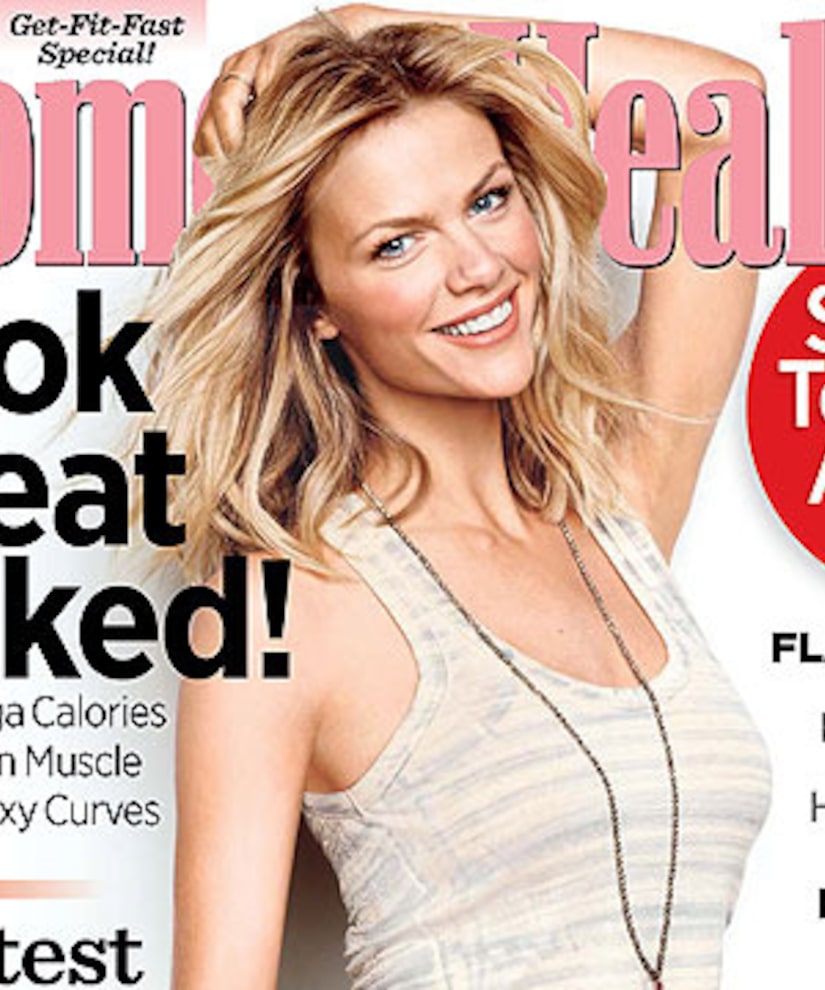 Model-turned-actress Brooklyn Decker made the May cover of Women's Health magazine - and revealed some of her great workout secrets!

"Seriously, I will drop to the floor and do a plank anywhere, anytime-in my kitchen, next to my bed, in a hotel room," said Decker. "Straight planks on my elbows or hands and then the all-important side planks and side plank crunches."

Being married to tennis champ Andy Roddick has also helped step up her game. "Andy has given me a new appreciation for my body. He's taught me that it's not how thin you are that matters. It's how your body performs, how it endures wear and tear."

But she admitted she isn't the best tennis player."He tried to give me a lesson once, and I ended up hitting all the tennis balls over the fence and smashing my racket because I was so frustrated. I told him, 'You don't teach me how to play tennis, and I won't teach you how to model in a bathing suit.' And so far, it's worked."

On her food philosophy, Brooklyn admitted, "[I eat] like a 12-year-old," but tries to eat right. "I try not to think about foods that are too fattening or too sugary. I always think about why it's important to eat the best foods. By not obsessing over the bad, I tend to stick with the good."

Decker is also challenging herself with her career, starring in the upcoming summer movie "Battleship." She said, "My director on 'Battleship,' Peter Berg, said that as much as I work out, he wanted me to be strong. He took me to a boxing gym in Santa Monica. After six or seven minutes of sparring, I was completely winded. But I was also exhilarated because it was a new workout that I had never before experienced. And it's one of the best deals you'll find. This place charges around $15 for an hour. You learn how to punch, and I promise, you and your muscles will never forget it."

Read more of her interview at WomensHealthMag.com!