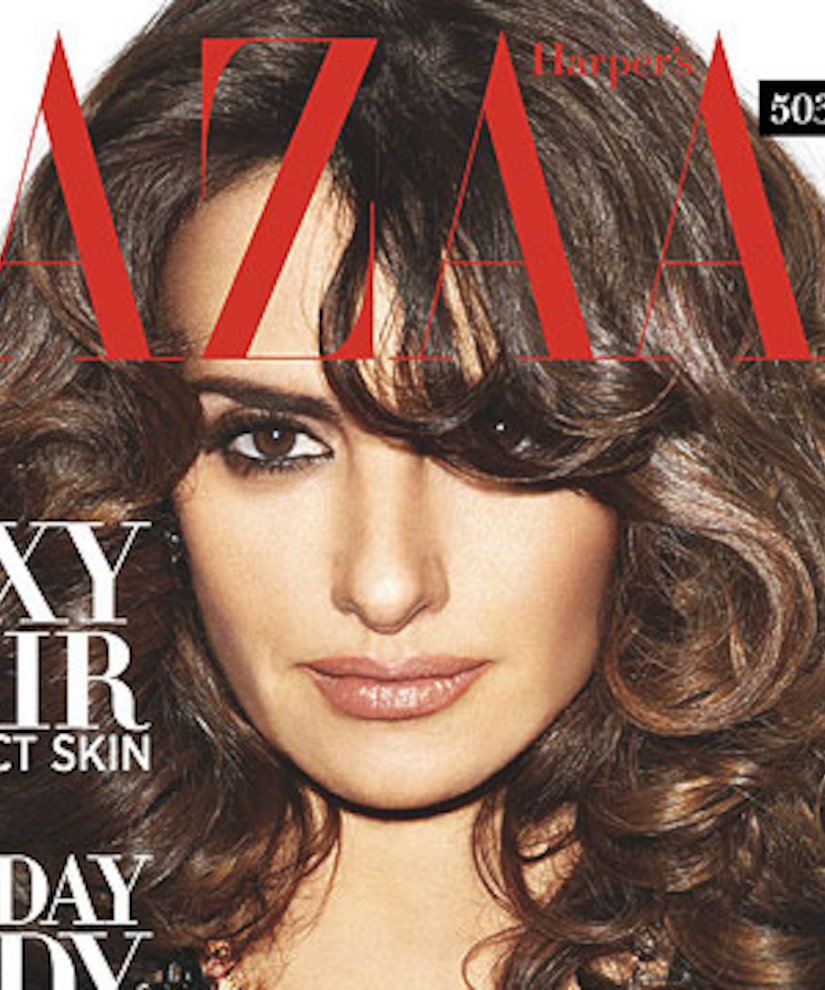 Penelope Cruz graces the May cover of Harper's Bazaar, on newsstands April 24, opening up about motherhood, her career... and her idol, Meryl Streep.

Cruz told the mag, "When I first started watching movies and I saw Meryl's work, that's when I became obsessed with acting. Now I kiss her whenever I see her! She must think I'm crazy."

The Oscar-winning actress recalled a magazine shoot she did with Streep a few years ago for the AIDS charity (RED). "As soon as she got to the set, I had to sit topless on top of her. It was the most interesting love scene I've ever done."

On juggling motherhood and career (she has a 1-year-old son with husband Javier Bardem), Penelope said, "Maybe I'll make one movie a year, maybe two, but it's not going to be more than that because I have other priorities now."

Read more from the interview at HarpersBazaar.com!