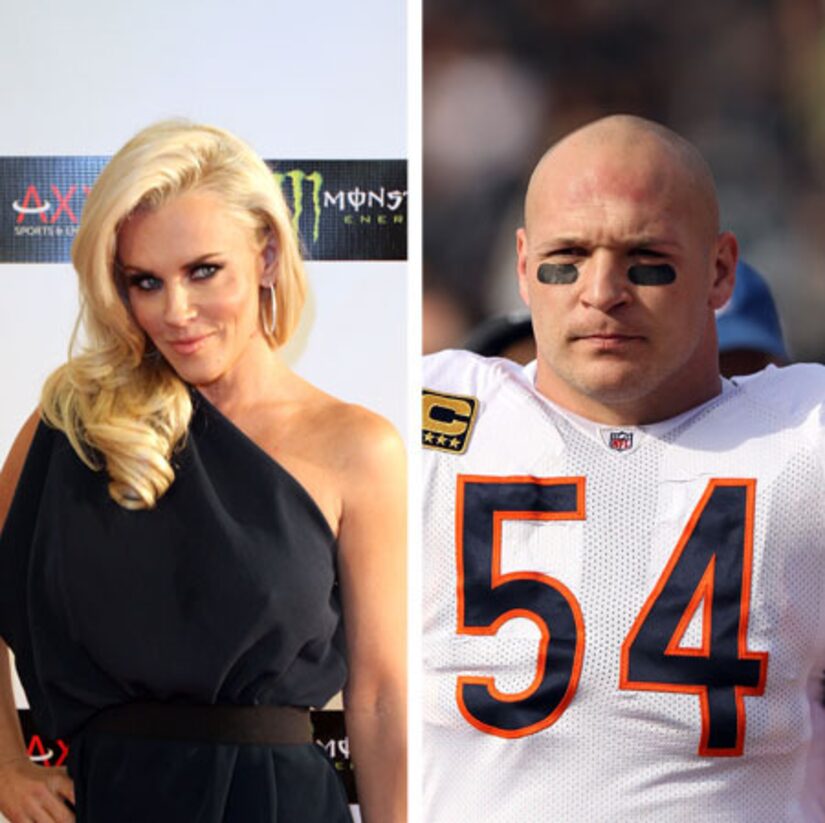 The two tried to sneak out the back door following a romantic dinner, but didn't go unnoticed as they jumped into Urlacher's hefty SUV.

This isn't the first time the NFL superstar has been out with a famous blonde. A few years ago he reportedly dated Paris Hilton.

McCarthy had a surprising split from comedian Jim Carrey in 2010 after a five-year relationship.

Neither McCarthy nor Urlacher have commented on their late-night rendezvous.