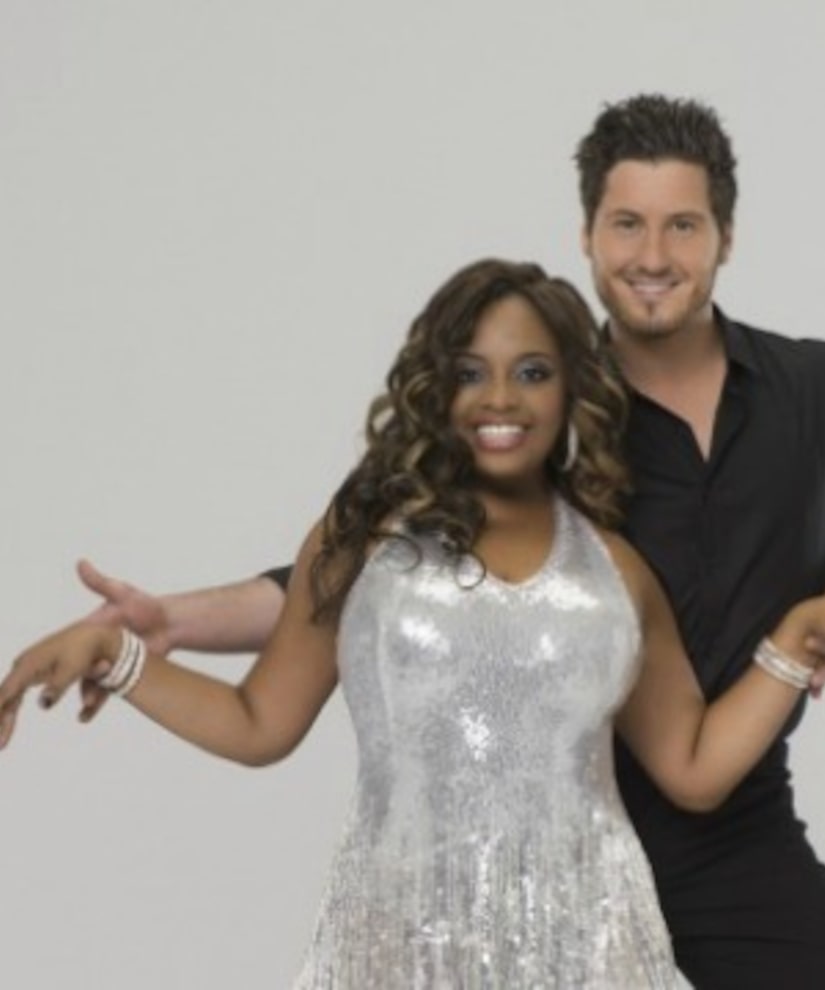 It was an especially tough Tuesday night on "Dancing with the Stars" as fans watched the early exit of one of the season's most sparkling personalities, Sherri Shepherd.

When the bottom two were announced, including Monday night's second highest scorer, Roshon Fegan, judge Len Goodman remarked, "All of us, we are in total shock. The thing is, after 14 seasons, we figure anything can happen, but this is beyond. The standard is so high, anyone can be in jeopardy and anyone can be safe."

Tears began to flow when "The View" host said, "I loved this whole experience. I love to dance."

After the show, her pro partner Val Chmerkovskiy tweeted, "I'm just devastated for Sherri. She wanted this more than ANYTHING ... more than ANYONE!"

Watch Sherri in her last performance dancing the tango.

At the beginning of the show, "Dancing" revealed more details about actress Melissa Gilbert who suffered a mild concussion during her paso doble Monday night.

Footage of the actress after her performance showed her saying, "I hit my head. I hit my head," followed by fellow competitor Gavin DeGraw carrying her backstage.

"At her doctor's advice, she's taking a rest day," Tom said of her absence. "She'll be able to compete going forward."