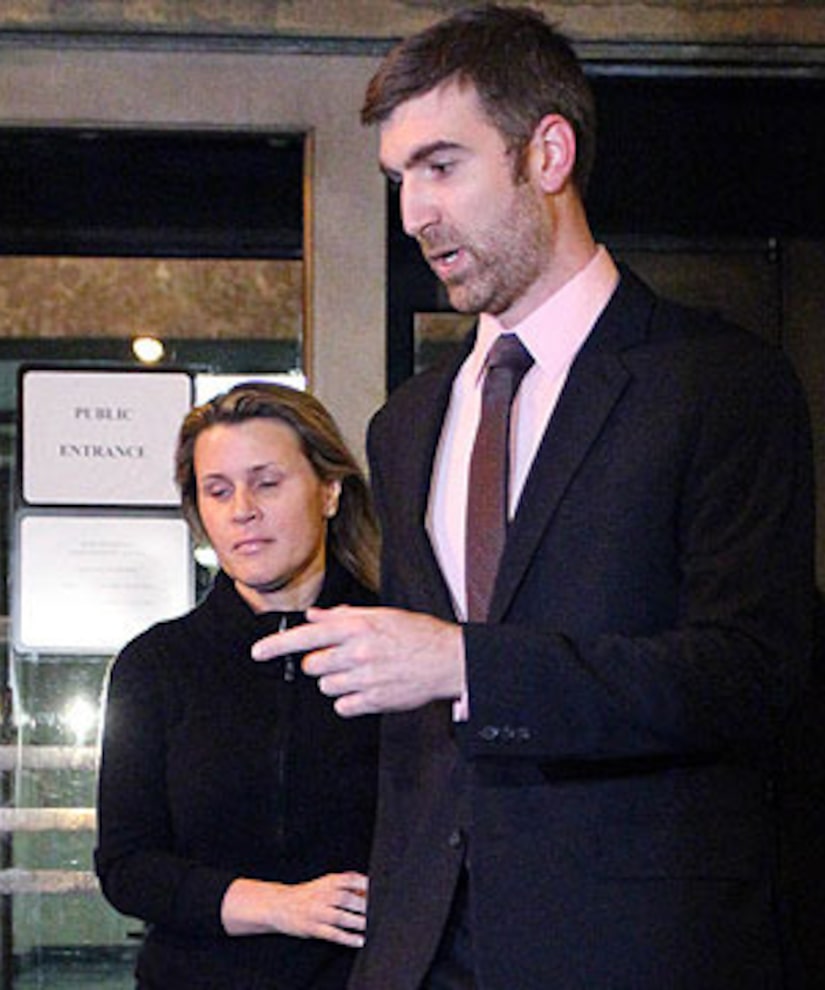 The Canadian actress who was arrested Sunday for reportedly stalking Alec Baldwin was released Monday night without bail after the judge issued a temporary order of protection for Baldwin. The "30 Rock" star took to his Twitter account Tuesday to comment for the first time about the incident.

Baldwin tweeted about Genevieve Sabourin, "Isn't it odd when an accused stalker is in handcuffs, being taken away by the cops, yet smiles for the cameras?" Then later he wrote, "I am lucky and grateful in my life now, no matter what the motivations of certain others."

The NY Post reports the "30 Rock" star told police he was merely trying to help Sabourin secure a few movie roles in the U.S. when he twice took her to dinner in 2011, but that the woman then went off the rails when the news broke that Baldwin, 54, was engaged to 28-year-old yoga instructor Hilaria Thomas.

Sabourin, 40, bombarded Baldwin with emails, including one in which she wrote, "I need to start my new life, with my new name . . . In my new country help me my newly [sic] husband, you!"

That same day, she added in another email, "Please Alec come and pick me up now. I am less than 10 min away from you tonight. Say I do to me.''