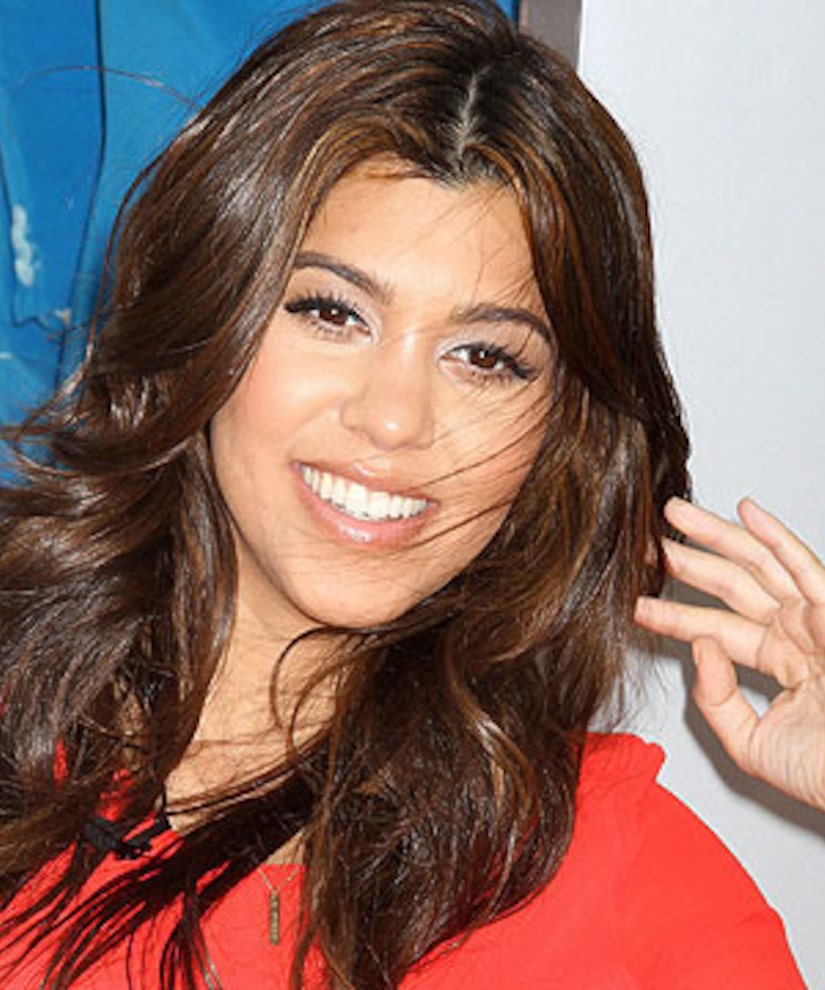 "Extra's" AJ Calloway caught up with a glowing Kourtney Kardashian at the launch of Nokia's Lumia 900 Smartphone in NYC, asking her about little sis Kim and the rumors she's dating Kanye West.

"I don't know, you're going to have to ask them," smiled Kourtney.

Calloway even broke the news to her that Khloe's hubby, NBA player Lamar Odom, was leaving the Dallas Mavericks. Kourtney explained, "I don't keep up with basketball or sports. I am like the anti-sports girl."

The mom-to-be is looking forward to baby No. 2. "I feel good. I love being pregnant, it's fun. We were just saying, the last time I was in NY, the whole time I was nauseous. Khloe and I were the only ones who knew that I was pregnant, so the whole day I had to hide it. Khloe's like, 'Can I have saltine crackers? I'm really craving them. Can I have a ginger ale? I'm really thirsty"... but I would sneak it and drink it or eat it."

As for baby names, Kourtney told AJ, "I'm having a girl, and I think about names all the time. I have an ongoing list." But she's also listening to her son, 2-year-old Mason. "Mason's choice is Rosie because it's in his favorite cartoon... so you never know... we might have to go with Mason's choice."

And look for more drama when "Keeping Up with the Kardashians" returns to E! on May 20. "We're filming Season 7," said Kourtney. "We just got back from the Dominican Republic. It was fun, but getting us all in one house... gets a little crazy. There's definitely a few fights."