"Jersey Shore's" reality princess finally thought she found her prince charming, but has her "guido hunk" turned into a cheater punk? 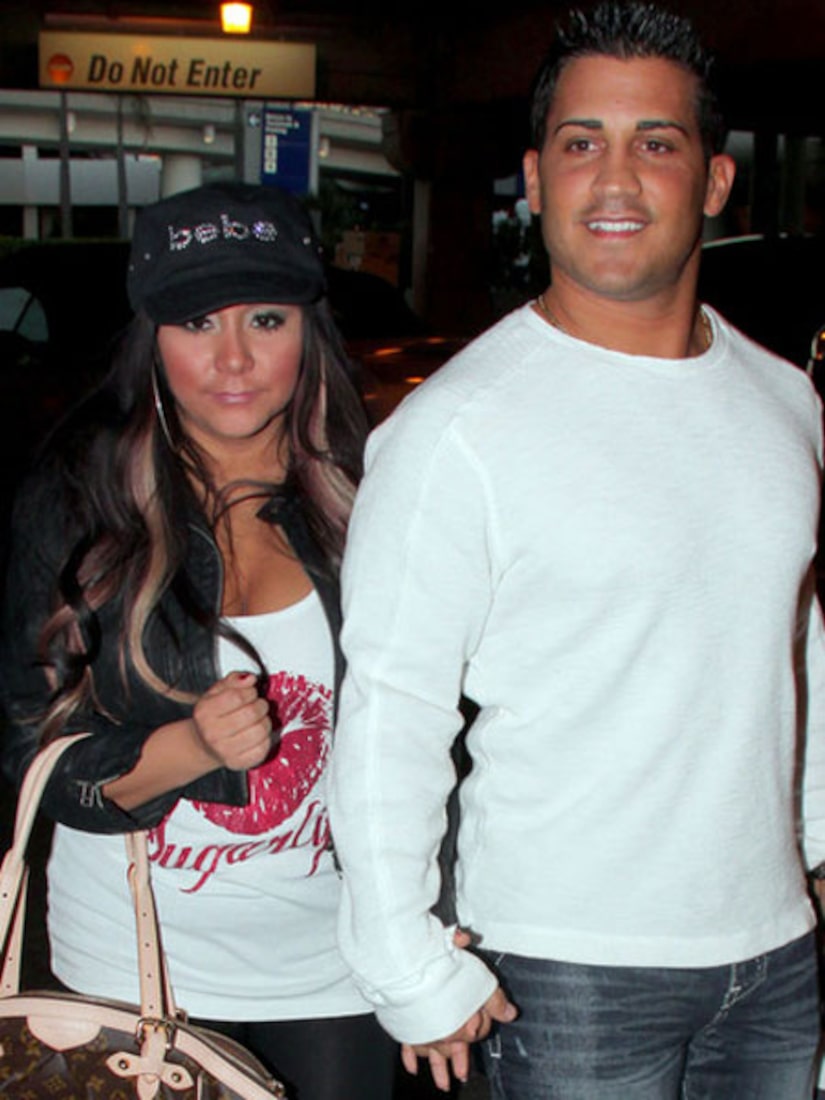 Pictures of babydaddy Jionni getty cozy with his ex-girlfriend, Erica Wecklser, were recently released in "The National Enquirer."

"Poor little Snooki is caught up in a love triangle that she knows nothing about!" a source told the magazine. "He's engaged to Snooki but going behind her back to contact Erica, calling and texting her. He's cheating on Snooki."

When a fan asked the mommy-to-be via Twitter what her favorite thing is about Jionni, she ignored the nasty rumors and said, "He makes life better. Makes me feel normal and cracks me up. He's my BFF."

The two are expecting their first child in August. They are currently filming a new "Jersey Shore" spinoff show, alongside Snooki's partner-in-crime, J-Woww.