Love was in the air on "American Idol" Wednesday night. 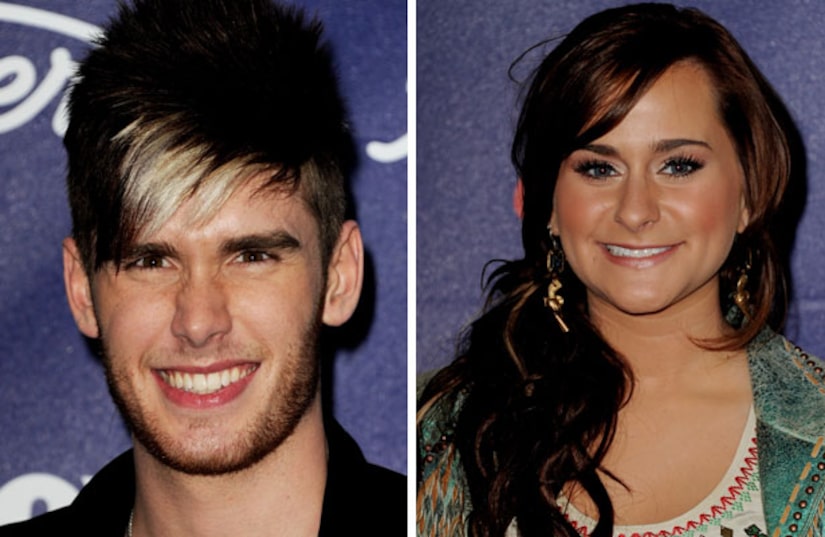 The alleged lovebirds gave a solid performance of "Islands in the Stream" last night, after which Ryan Seacrest teased that their chemistry seemed very real.

When Skylar was asked about the rumors, she told E! Online, "Twitter is sooo funny... I've been getting a lot of tweets that ask, 'Are you and Colton Dixon dating?' and I just kind of blow it off, but then Ryan comes onstage and says, 'Well that was real believable!' We just cleared it up backstage. Me and Colton are not dating, that would be kind of weird. Colton is one of my best friends!"

With another cut coming tonight, Elise isn't worried about the elimination. "I try not to think about it, and right before it happens, I get the worst anxiety ever!"