Oscar-nominated actor Jeremy Renner made the April cover of The Hollywood Reporter magazine, in which he discusses taking on the "Bourne" franchise in "Bourne Legacy," and how it would affect his personal life. 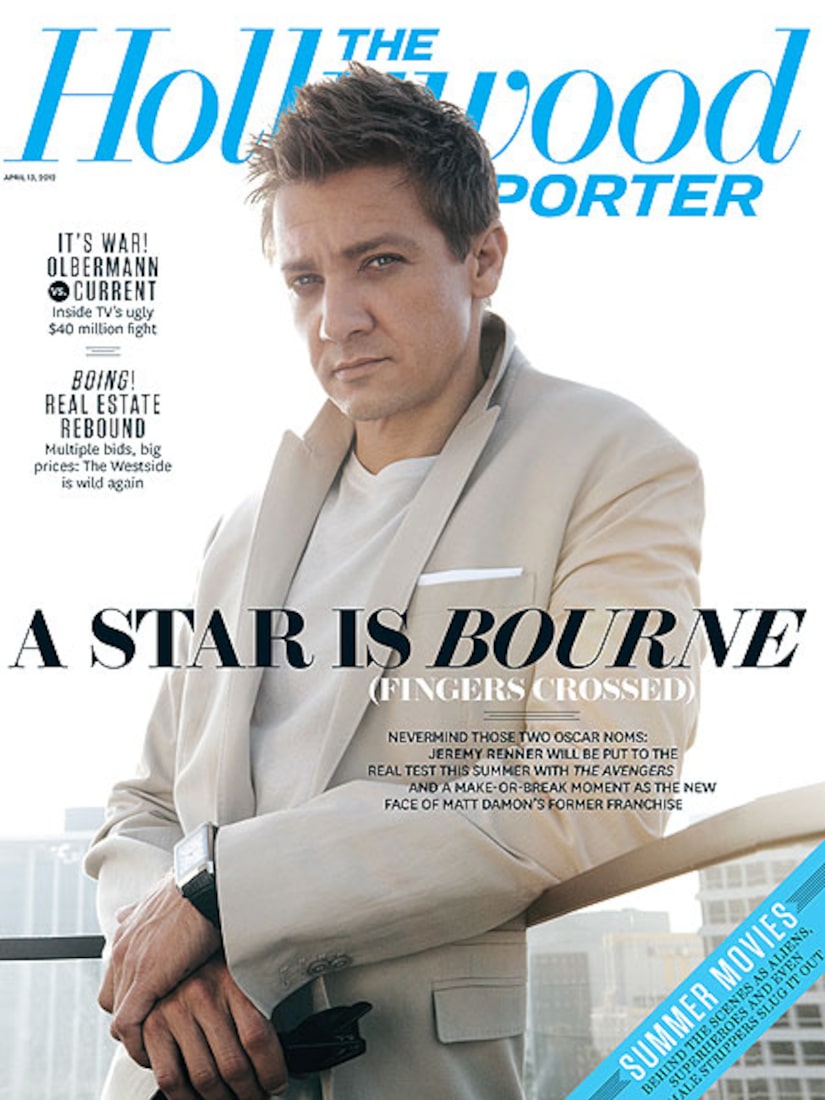 "It was a game-changer in anonymity," Renner told THR. "I had to consider how this was going to affect everyone I love -- especially myself. The star thing, the celebrity thing is new to me. I don't want to be a good celebrity, a good f**king star. I want to be a good human being."

In fact, Renner really hates rumors about his personal life and wants to keep it as private as possible. "I don't care if you're talking about things that are true, you're still talking about my personal life. How about I go peek in your window, take what underwear you wore last night, whose husband you were f**king, and shove that in the megaphone throughout your neighborhood?"

As tough as the "The Hurt Locker" actor can be on screen, he does have some soft spots... like when his 8-month-old French bulldog died of a heart attack. "He was my solution for being so lonely," Renner revealed.

Read more of the compelling interview at HollywoodReporter.com and watch the behind-the-scenes moments from the photo shoot.