The April broadcasts are "LIVE's" first visit to Canada since the show aired four episodes from Prince Edward Island in 2010. 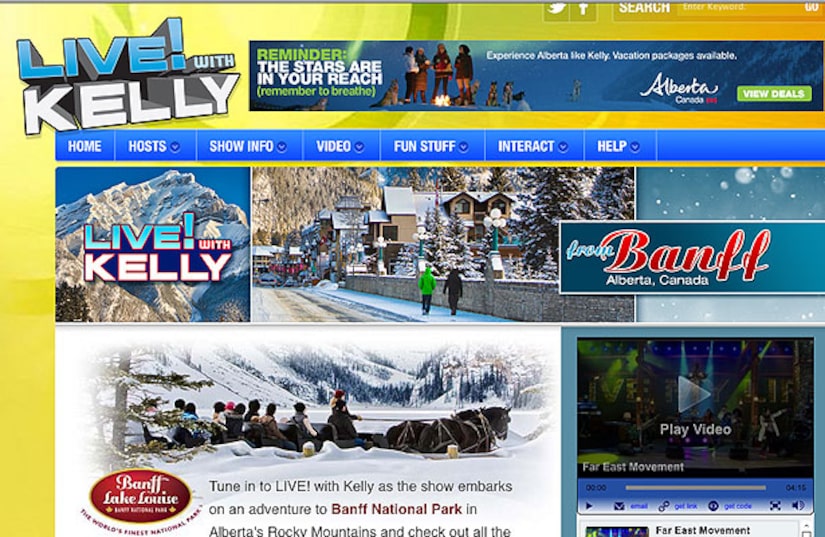 In addition to featuring celebrity guests and performers at The Banff Centre, Kelly and her co-hosts will head out of the theatre to experience Banff National Park's wonderland of winter sports -- an awe-inspiring backdrop for exciting outdoor adventures.

For information about tickets to attend "LIVE! with Kelly" in Banff, go to LIVE's website, LiveWithKelly.tv