The death of 17-year-old Trayvon Martin has devastated his parents and set off a nationwide debate after he was killed by George Zimmerman during a routine neighborhood watch patrol in Florida. 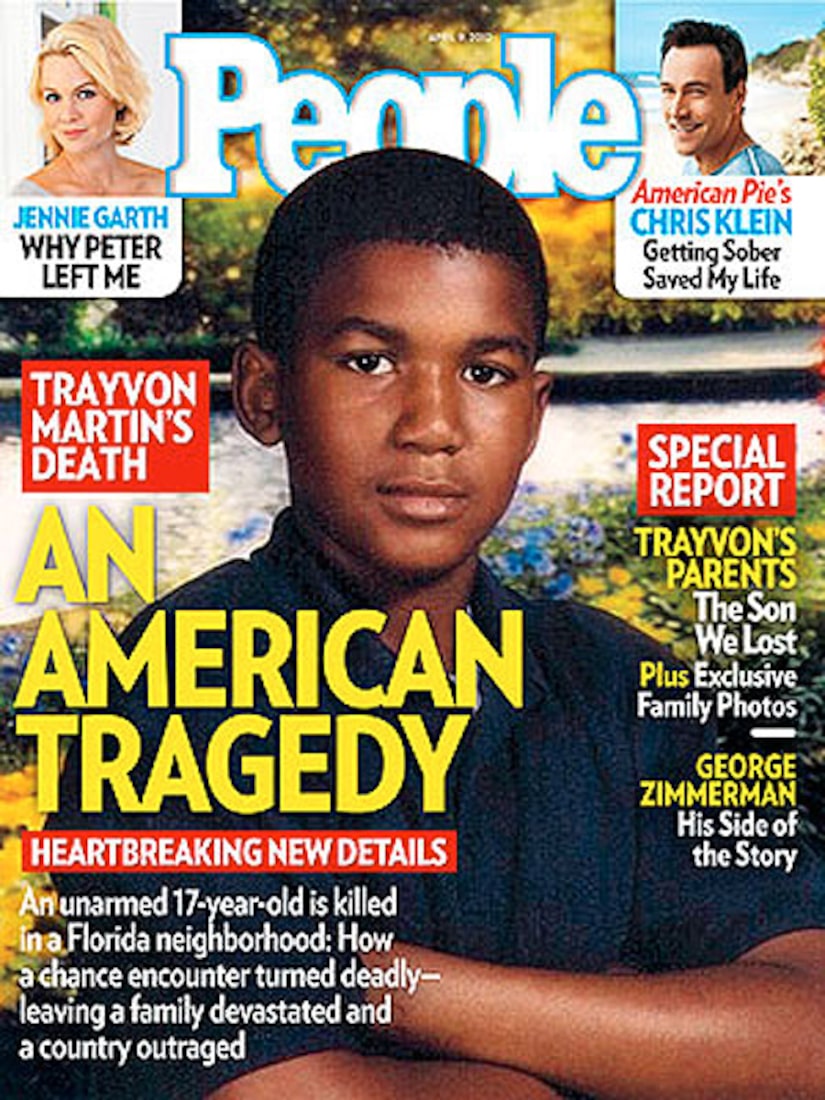 Martin covers the latest issue of People, and Zimmerman, who was not arrested, is reportedly going through his own torment as a result of the teen's death. Zimmerman's friend, Joe Oliver, said, "He's not the man that I knew before the shooting. He's a completely different man; he'll never be the same. He prays for Trayvon and he prays for the Martin family. He is so distraught that he took a life. That's the price he had to pay for saving his own."

Zimmerman was accused of targeting Trayvon because he was black, but Oliver, who is African-American, insists "[Zimmerman] is not a racist. I wouldn't be speaking out on his behalf if he were. This didn't have anything to do with race. George was looking out for his neighborhood and he saw someone he didn't recognize acting suspiciously. In his mind, he shot in self-defense. He felt he had no other choice."