Reality mogul Kim Kardashian covers the latest issue of US Weekly, which called the unresolved split with Kris Humphries a "divorce hell." 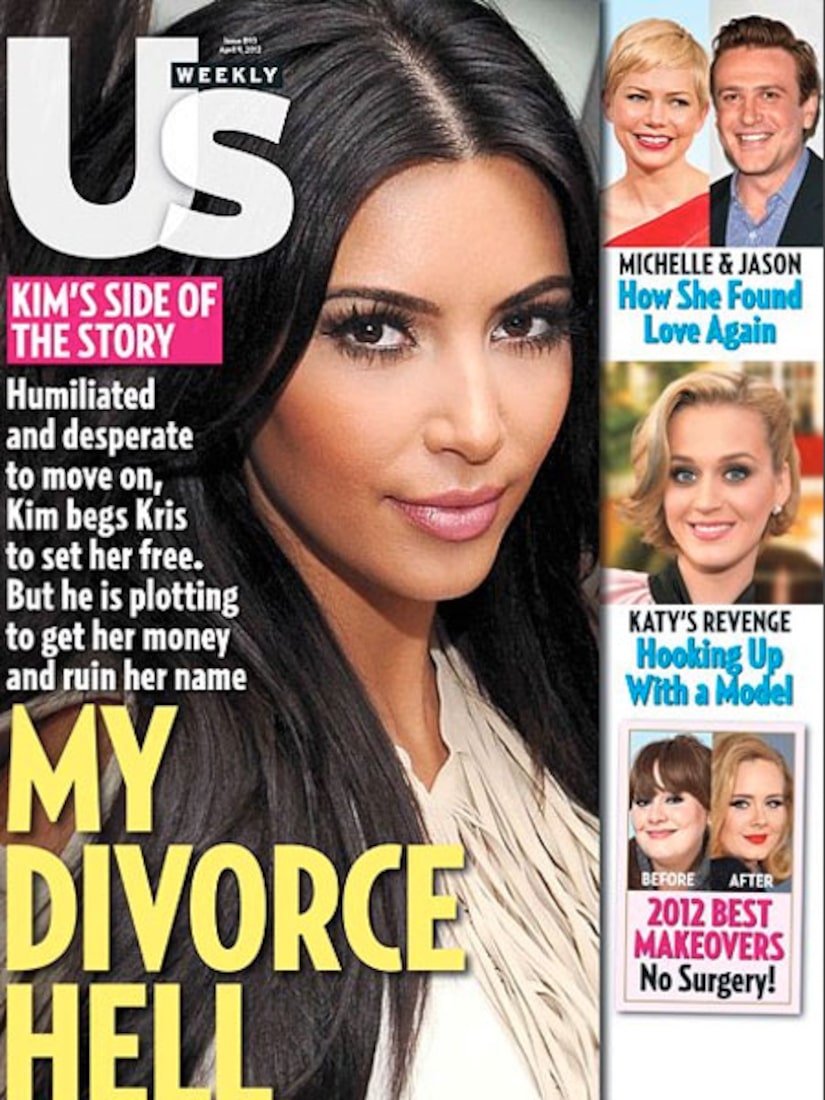 According to the publication, the reality star's divorce from Humphries is proving to be a nightmare and is taking twice as long to finalize as their 72-day marriage. The basketballer reportedly wants to break the couple's prenup and wants Kim to pay up in the amount of $8 million. Kris, 27, also tried to stall the divorce by filing for an annulment based on fraud, and then asked his ex to cover the legal fees.

Sources claim Kardashian is the victim of a smear campaign, saying, "[Humphries] is doing anything he can to get her attention. She would grant a divorce in a second. But he won't sign the papers. He won't let go."

Kim, 31, has remained relatively quiet about the split, and instead, spends her time intensely working out at the gym twice a day. She said, "I'm on a mission! I figure, I'm single. Now is the best time to get in shape."