Actress Jennie Garth opened up for the first time about her recent split with Peter Facinelli, telling People magazine, "I didn't want it to happen." 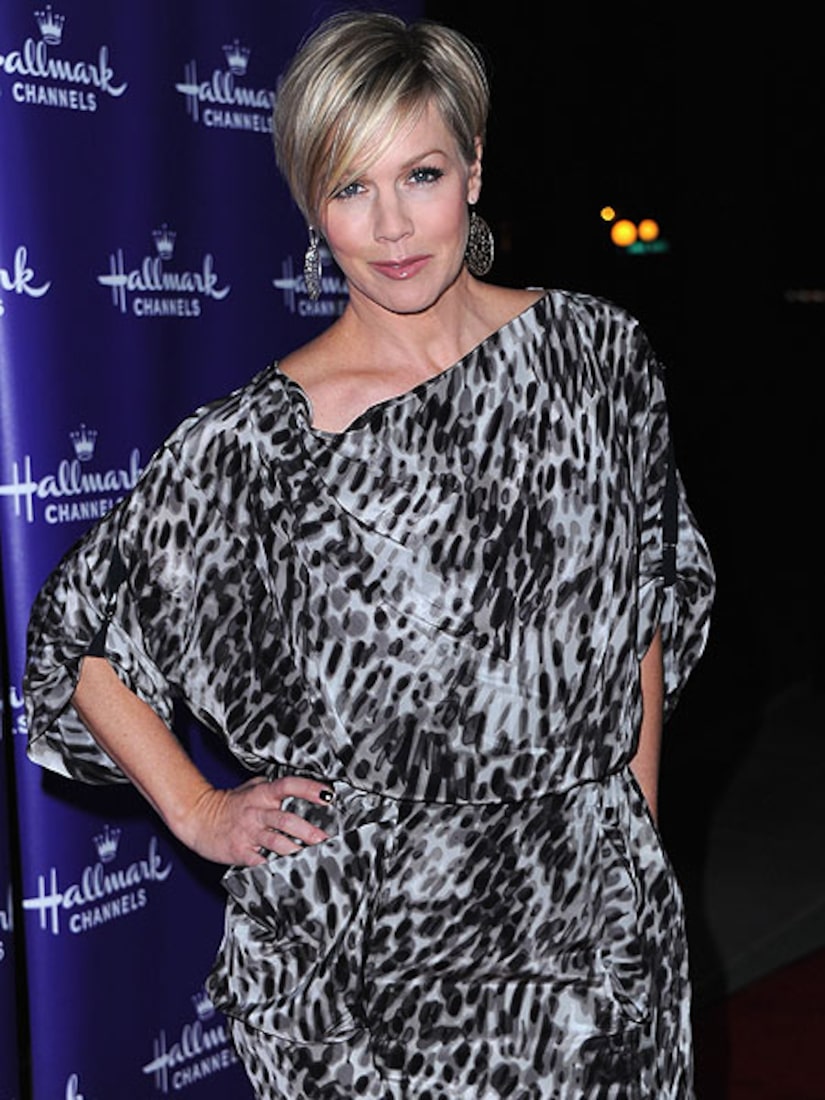 "I was very resistant," she told People of when Facinelli asked for a divorce last fall. "It took me some time to come to peace with it."

Garth said Facinelli's constant travel to work on the "Twilight" franchise (he plays Dr. Carlisle Cullen) and as regular on the Showtime series "Nurse Jackie" took "a real toll on our marriage."

The couple, who wed in 2001, has three daughters; Luca, 14, Lola, 9 and Fiona, 5 and they dubbed themselves the Facinelli Five.

She explained, "He would do everything he could to fly back every weekend" so he could spend time with the family.

But now Garth sees a light at the end of the two-celeb marriage tunnel. "I've gone through my darkest parts and I'm coming out of it," the "Beverly Hills 90210" star said. "I'm okay. I don't know what the future holds, but then I've never been a planner. And maybe that's a good thing."

Garth is starring in a new CMT reality show, "Jennie Garth: A Little Bit Country," which premieres on April 20.