Jennifer Lopez appeared on Brazilian television to promote her new film, "What to Expect When You're Expecting," and La Lopez wore an eye-popping lime green dress to show off her sculpted legs. 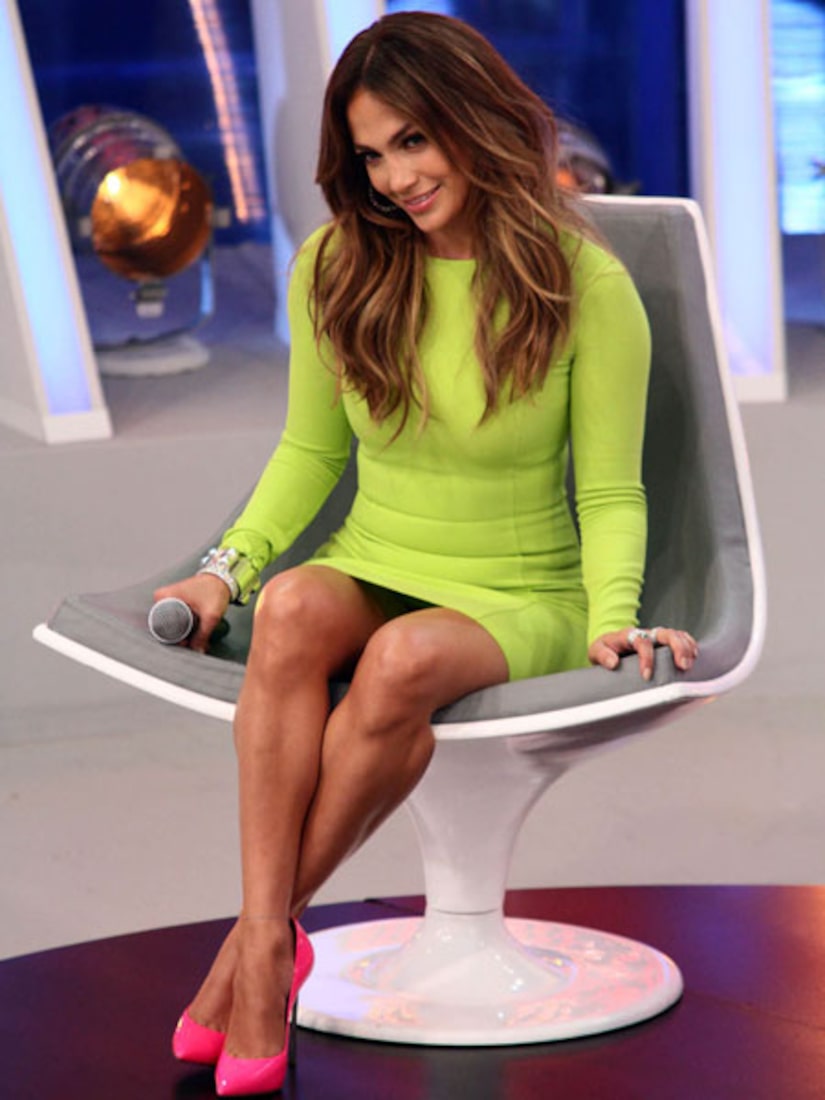 The actress/singer looked fabulous in the curve-hugging number, topped with hot pink heels and silver jewelry.

J.Lo's beau, Casper Smart, watched from behind the stage with a smile on his face, while Lopez talked about her first Brazilian concert ever.

After the interview, Lopez took some time to pose for photos with eager fans in the audience.