Popstar Rihanna was snapped leaving Ashton Kutcher's $10-million pad in the middle of the night, and according to Daily Mail, the singer has "enjoyed an eight-week fling with Ashton Kutcher." 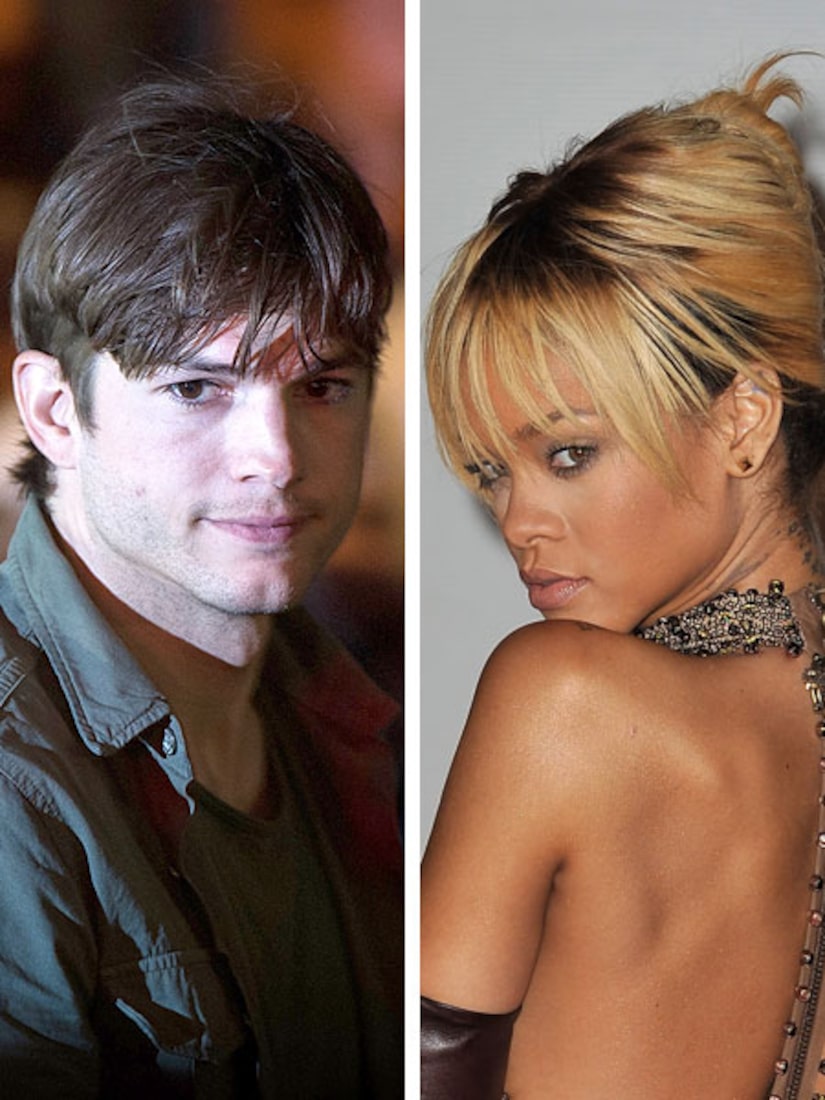 The two reportedly hit it off after meeting at a friend's house in December and since then, have had late-night trysts. The singer has even asked about joining Kutcher's Kabbalah group.

A source told The Sun, "The flirting began as soon as Rihanna and Ashton met and swapped numbers. That moved onto texts and arranging to meet. They snuck off to a Santa Monica hotel a few weeks ago."

The insider continued, "They are two single people having a fling, so thought it would be best to meet in secret. Rihanna has told friends he's funny and cute. Both of them love a good time and think they're too busy for anything serious just yet. She's starting to inquire about Kabbalah sessions with his rabbi."

Ashton and Demi split last November, and Rihanna, 24, has recently come under fire for reuniting with her abusive ex, Chris Brown.