Details on the hit comedy "Hangover 3" have been released, including a release date of May 24, 2013 and will star the original cast members Bradley Cooper, Ed Helms, Zach Galifianakis and Justin Bartha. The film will also be directed by Todd Phillips -- who was responsible for the first two. 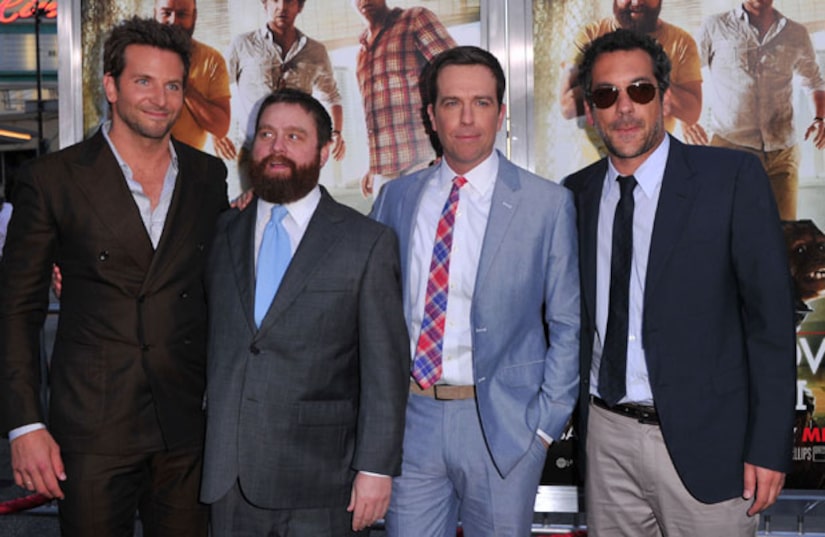 The storyline for the first two movies, which focus on wild excursions caused by heavy drinking, outrageous situations and over-the-top characters, has pulled in $1 billion worldwide.

Director Phillips promises more hilarity in part three, saying, "We're going to surprise a lot of people with the final chapter we have planned. It will be a fitting conclusion to our three-part opera of mayhem, despair and bad decisions."