Reality royalty Kim Kardashian was celebrating the launch of her new fragrance when a woman yelled what sounded like "lousy fur hag" and threw flour all over Kim.

After the incident, the woman was detained by the police, and Kim calmly walked off the carpet to clean herself up. A short time later, the 31-year-old returned with a smile on her face, and joked to E!, "Like I said to my makeup artist, I wanted more powder, and that's a whole lot of translucent powder right there." 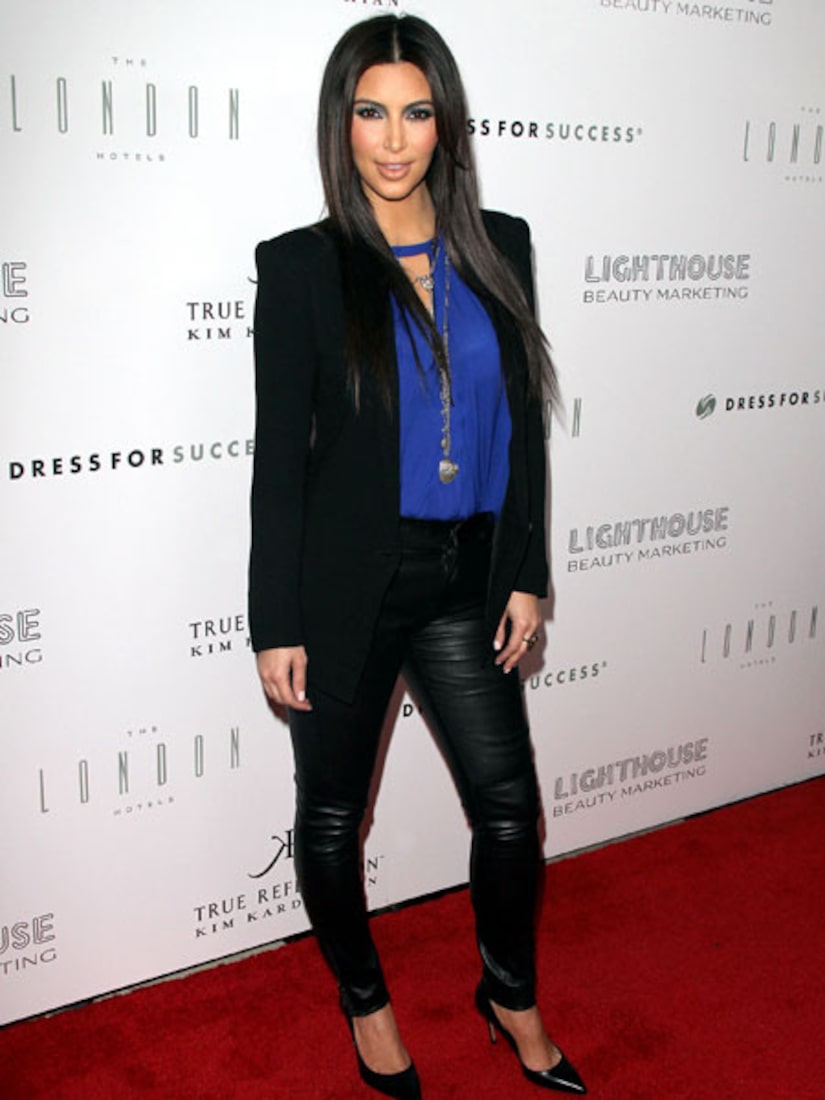 It is unclear whether the flour thrower was representing PETA, but last November, the animal rights organization placed a billboard in West Hollywood showing Kim in a fur vest next to a picture of foxes with the caption: "The babies miss their mother. Is she on your back?" 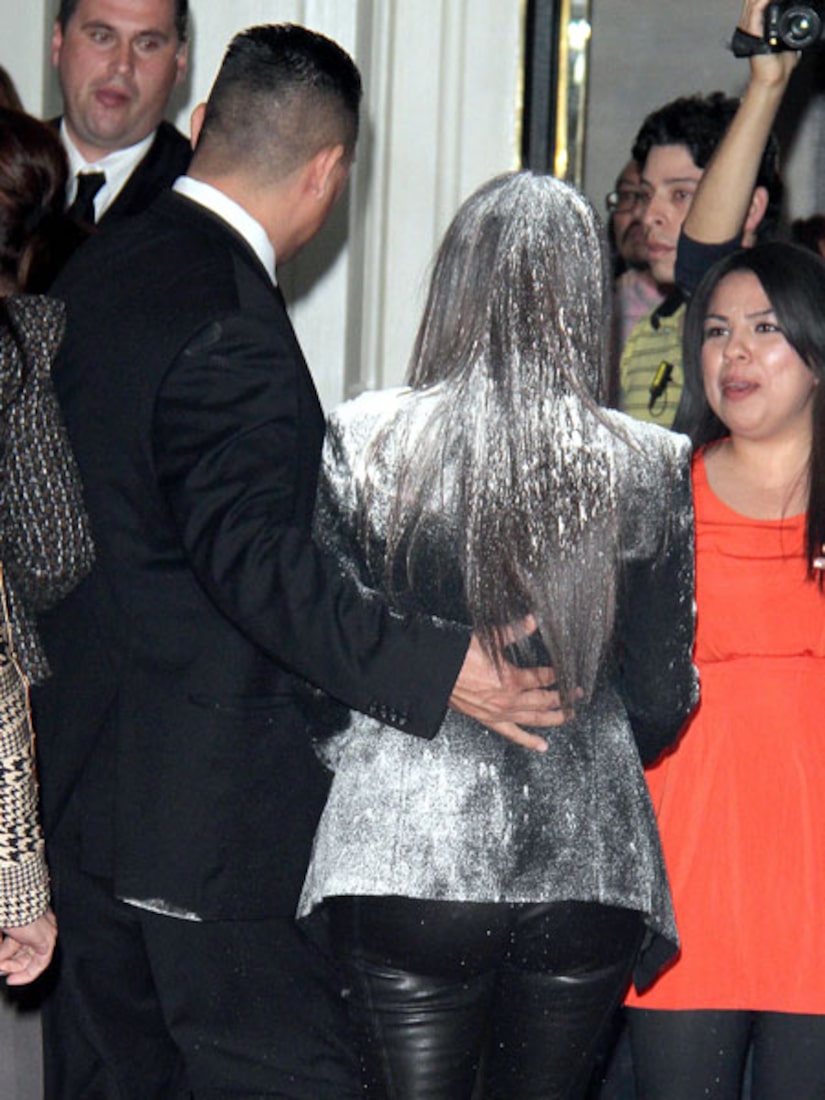 Kim's sister Kourtney responded to the incident on Twitter, writing, "Classy to flour bomb my sister at her charity event helping women. I wonder if they would have dared thrown the flour at my hormonal and pregnant self!"

Kim declined to press charges against the woman.

UPDATE: PETA released a statement: "PETA has tried everything from polite letters to public protests, but Kim Kardashian has not been moved by the news that animals are beaten, electrocuted, and even skinned alive for real fur garments. Whoever threw that flour may reach her when our polite appeals did not."