"The Hunger Games" earned the fifth-best opening day ever with a whopping $68.3 million, including $19.7 million from midnight showings. 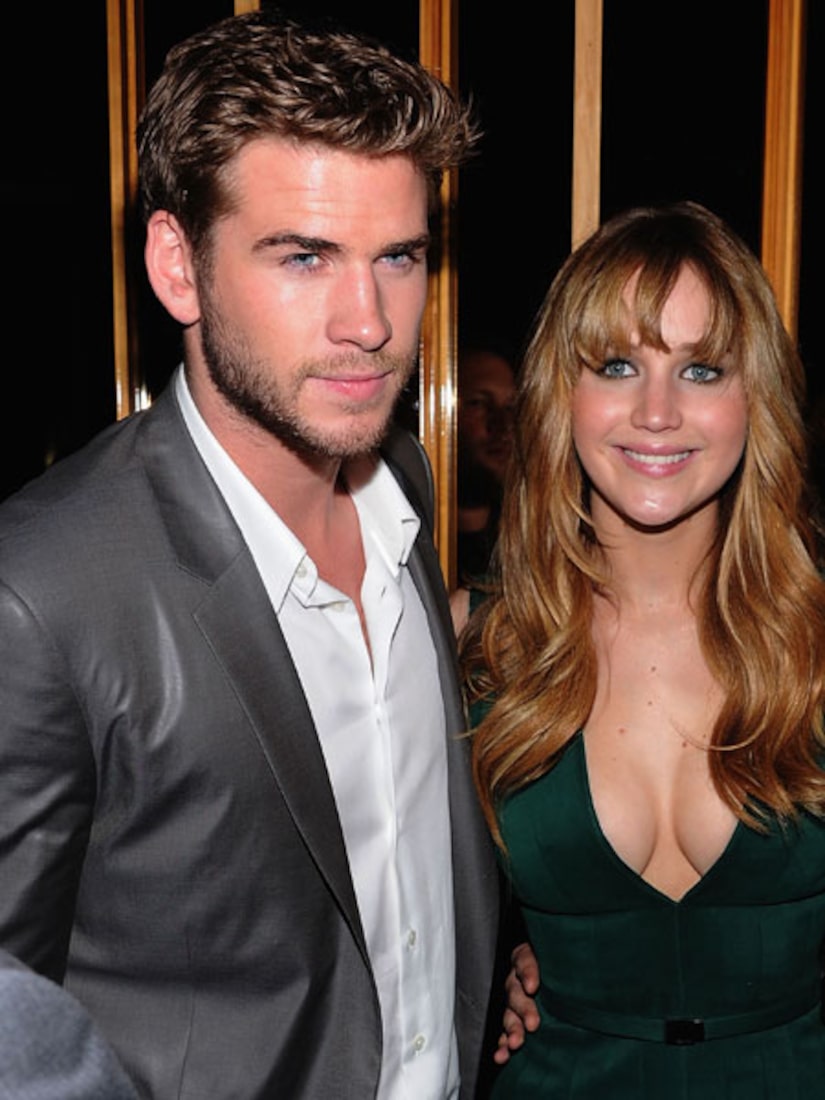 Entertainment Weekly reports that the film has the best opening day ever for a non-sequel film, followed by 2010's "Alice and Wonderland" with $40.8 million. The dystopian action flick also started off stronger than such blockbusters as "The Dark Knight," "Transformers: Revenge of the Fallen," and "Harry Potter and the Deathly Hallows -- Part 1."

"The Hunger Games" has also nearly equaled in one day what the first "Twilight" movie earned in an entire weekend.

The PG-13 film stars Jennifer Lawrence, Liam Hemsworth and Josh Hutcherson, and has already received a solid "A" rating from CinemaScore audiences.

The Making of "The Hunger Games": 10 Fun Facts!

A number of seconds were removed from the film in order to secure a PG-13 rating in the UK. Most or all of these cuts were scenes involving blood.

Taking Charge of the Film

Suzanne Collins, author of "The Hunger Game" book series, wrote the screenplay herself!

Most of the film was shot in North Carolina, in and around Asheville and Charlotte.

Jennifer and Liam had to dye their hair brown (since they're natural blondes) and Josh had to dye his hair blond (since he's a natural brunet).

With the sensational outfits in every scene, combined with over 600 extras, a minimum of 1,800 costumes were made.

"The description of the clothing was so specific in the book, you couldn't just pull things off the rack because each of the outfits had to do so many things," said costume designer Judianna Makovsky. The extras had a little more freedom with their looks: "For the crowd, we did make costumes, but we also rented and bought some vintage pieces, too."

Jennifer hit a wall. Literally. While filming the last day of her 6-week training phase, she ran full force at a wall but her foot gave out and she hit it full on. Jennifer said, "I had to get a CAT scan and go into a tube where they put this fiery liquid in your body."

Josh experienced his own injury on set. But not from the movie... from Jennifer! Josh said, "We were hanging out and she was like, 'I can kick over your head' and I was like, 'No way.' She said, 'Watch!' But then she kicked me right in the temple. She felt so bad. She was crying."

Out in the Wild

There was never an easy way to get star heroin Jennifer to a fitting. "Because the company was already shooting, we had to fly out to North Carolina then drive two and a half hours into the mountains to even get a hold of Jennifer," said Judianna Makovsky. "By the time we got there, it was four o'clock in the morning and she was filthy from filming. But she was a good sport about it. She'd say, "You made this dress for me? It's the most beautiful dress I've ever seen!'"