Weiner, who holds the secret to this season's plotlines, said he makes sure to keep the scripts locked up before shredding them, saying, "I just don't want them lying around." The executive producer admitted there is one other person who knows all the spoilers before they happen. "My wife knows everything, yes!" 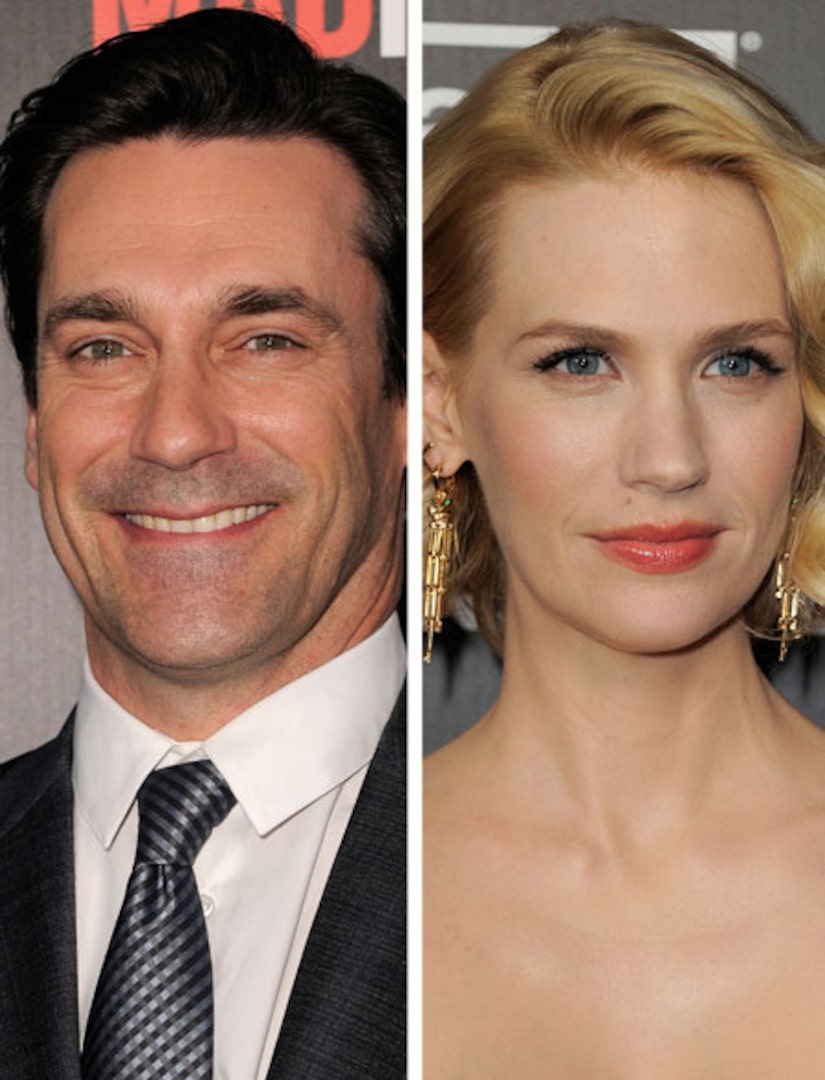 Hamm's suave alter ego, Don Draper, could be saying "I do" this season, and hinted at some possible changes his character will undergo. "Tigers don't usually change their stripes, but who knows, maybe old age will mellow our man."

January, who will resume the role of Don's ex-wife, Betty Draper, warned Bargh and made a throat-cutting motion, saying, "Our jobs are on the line if you say anything."

Ad executive Roger Sterling, played by John Slattery, added, "There's a couple of moments in this season that people aren't going to believe."