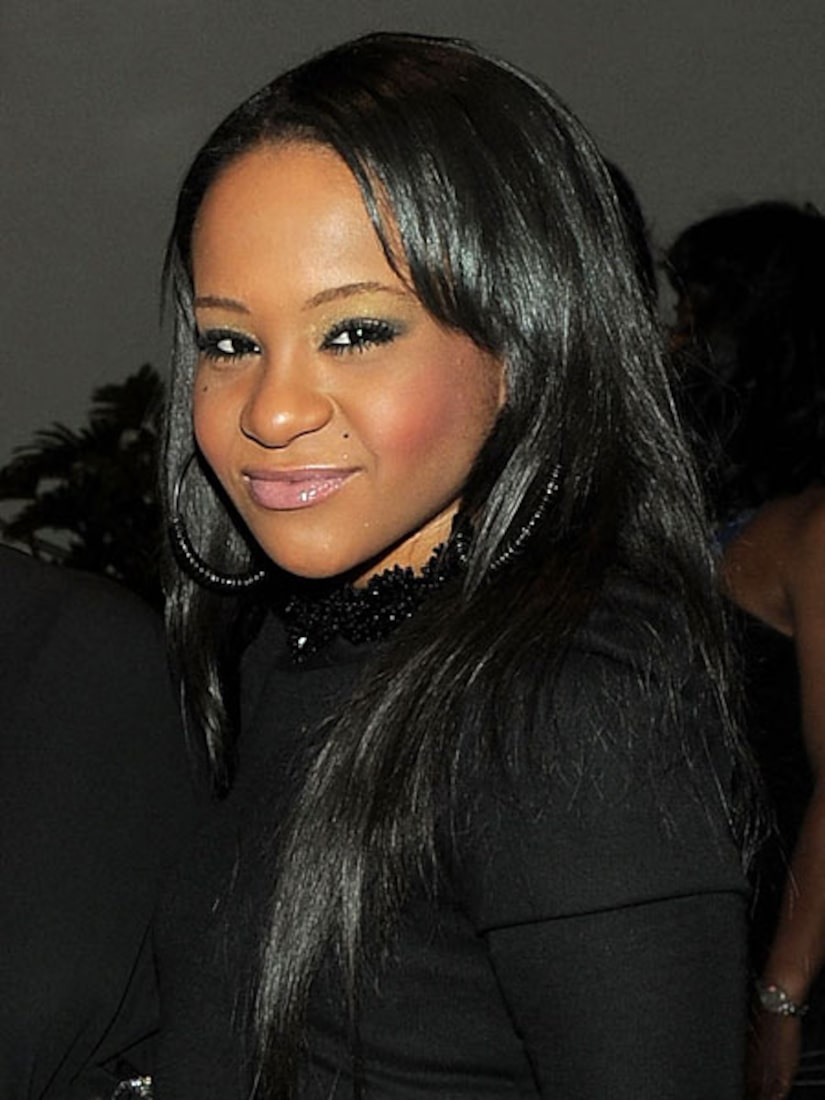 According to TMZ, Bobbi Kristina is telling friends that she and 22-year-old Gordon are dating and will plan a trip to Las Vegas soon. Bobbi Kristina was previously spotted wearing what looked like an engagement ring on her finger, and speculation that the two might get hitched is now swirling around the 19-year-old.

A source close to the teen said, "[Bobbi Kristina] can't please everyone, so she is going to please herself by doing what she wants to do for once."

The paparazzi caught up with Nick in Atlanta on Friday, and while he wouldn't comment on the wedding rumors, he did manage to give a quick update on Bobbi Kristina, and said, "She's doing very well... standing strong."

Bobbi Kristina and Nick were spotted holding hands and kissing in Atlanta this week, and Cissy told a pal she thought it was "incestuous."

Nick was taken in by Whitney Houston a decade ago, but was never officially adopted.