"The Hunger Games" star Jennifer Lawrence covers the latest issue of People, and says all the fan obsession and excitement for the film "still hasn't sunk in." 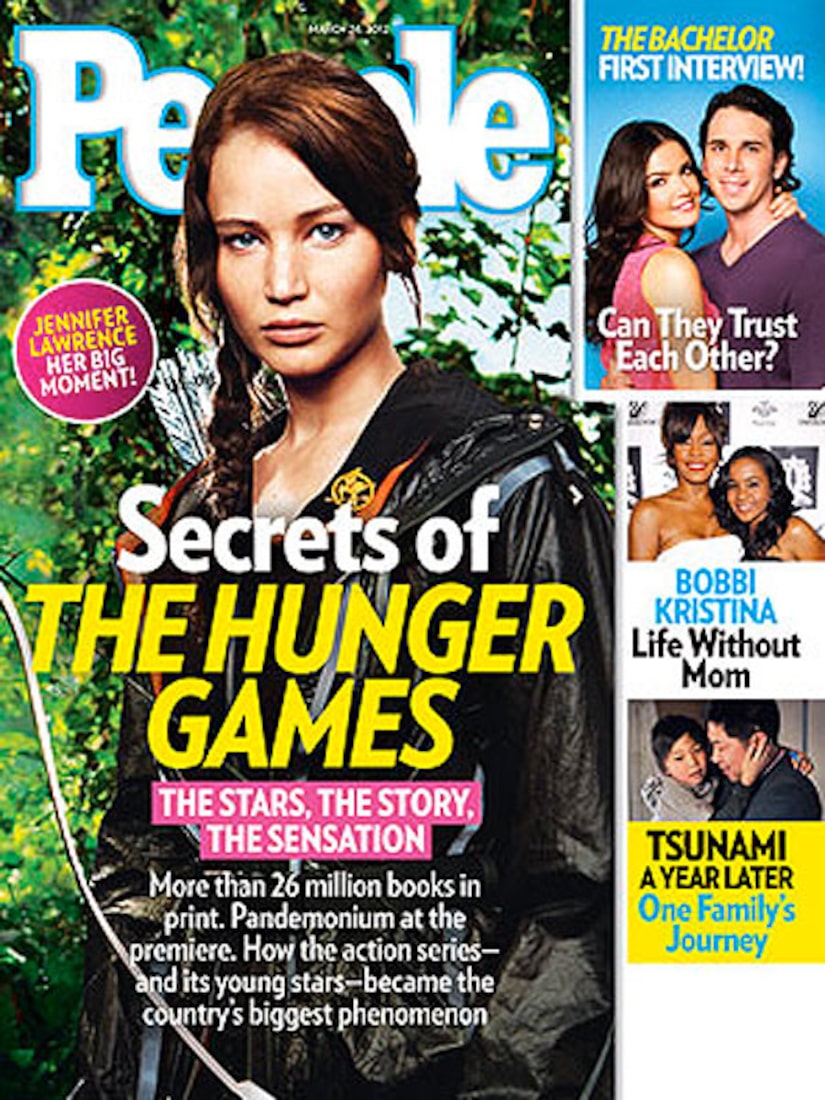 The 21-year-old bonded with co-stars Josh Hutcherson and Liam Hemsworth while filming in North Carolina. "One day we went down to a creek to catch a crawdad, 'cause Liam didn't know what it was. I saw one and was like, 'Catch it!' Josh did and it got stuck to his hand. It was a leech! Then we went to Walmart and bought slingshots," Lawrence recalled.

Based on the best-selling books by Suzanne Collins, "The Hunger Games" has more than 26 million books in print, with the film's fanfare and anticipation comparable to the anticipation of the "Twilight" and "Harry Potter" films.