"Extra's" Renee Bargh spoke with "Mad Men" star Jon Hamm at the PaleyFest, and asked about his remarks that slammed Kim Kardashian -- calling her a f*****g idiot. Hamm said, "I don't know Kim Kardashian, I've never met her... and not somebody that I'd particularly hang out with."

The actor, who alluded to Kim Kardashian and Paris Hilton, recently said in an interview with Elle UK, "Stupidity is certainly celebrated in this culture."

Jon told Renee, "She probably rightfully took offense to it."

Kim fired back on Twitter, calling Hamm's comments "careless." Jon acknowledged he had seen Kardashian's response on Twitter, and explained, "It's certainly her opinion and she's entitled to it." 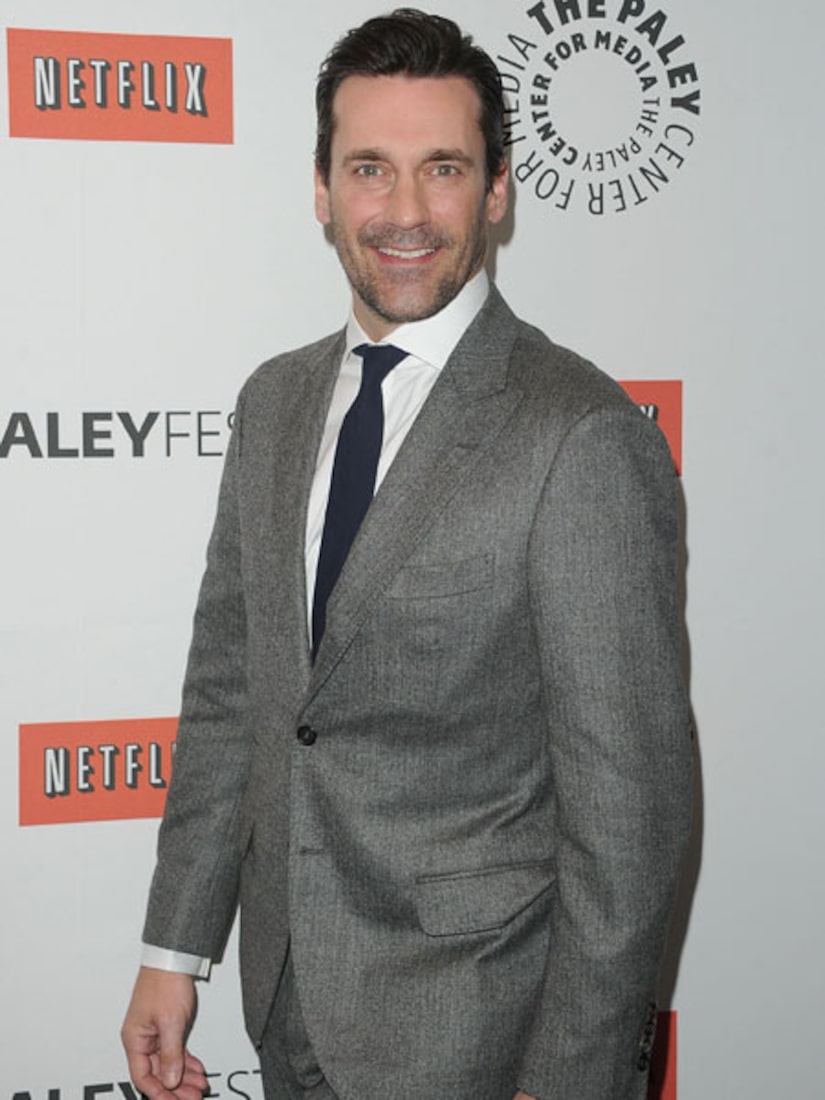 The handsome star returns to the long awaited season five of AMC's "Mad Men," which promises to be funnier, darker and better than ever.

Bargh asked about his character, Don Draper, possibly getting married to former secretary, Megan, as Draper popped the question in a surprise proposal in the show's season four finale. Bargh pointed out that she didn't see Draper wearing a wedding band in the new cast photos. Hamm replied, "Well, I didn't wear a wedding band when [my character] was married to Betty, so that's probably not the best thing to judge by."

The new season of "Mad Men" begins March 25 on AMC.