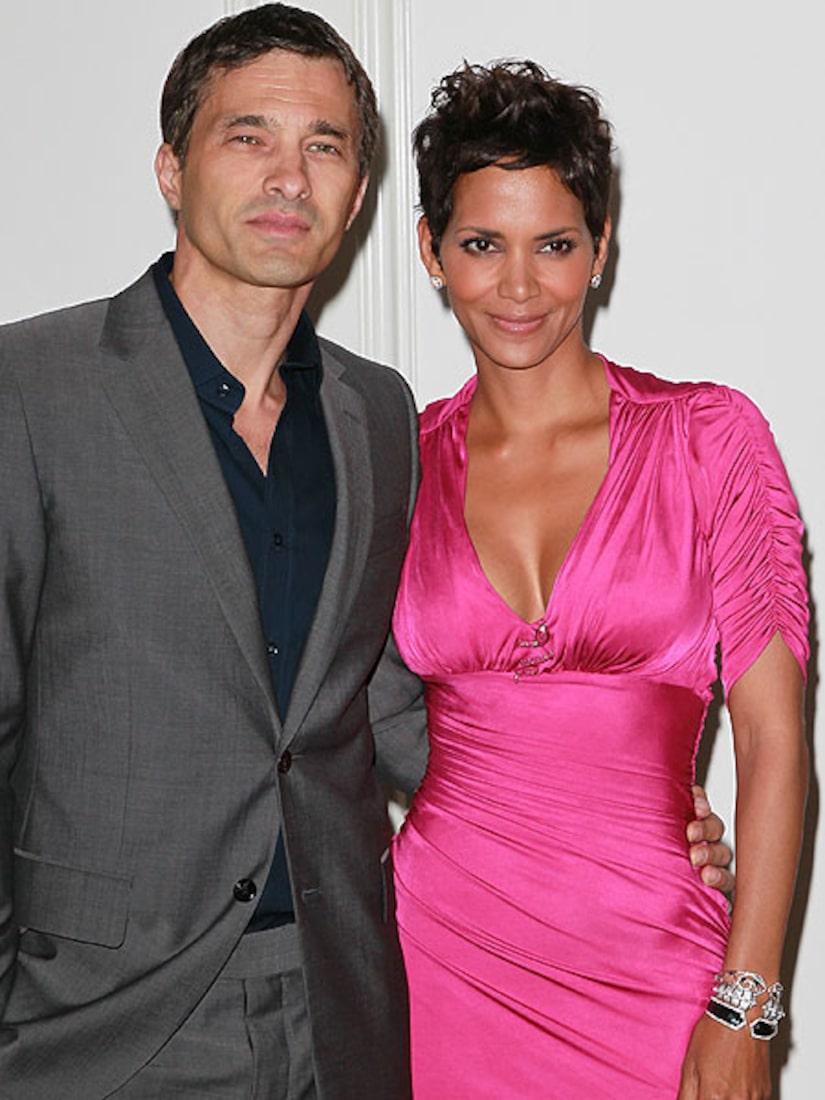 "Yes, of course it's true," he told The Miami Herald while promoting his new South Beach restaurant, Villa Azur.

Robert Mazlo, whom Martinez called "a real artist," designed Berry's emerald engagement ring. The Paris designer has been making jewelry for "kings and queens for many centuries," Olivier added.

Mazlo told People.com the ring is "a one-of-a-kind piece and cannot be replaced." The ring's 4-carat emerald comes from old, "closed-down mines in Muzo, Colombia and the color is perfect," Mazlo continued. "The balance between the blue and the yellow in the green in that stone is perfect."

The Oscar-winning actress, 45, co-starred with Martinez, 46, in the thriller, "Dark Tide." She has talked about wanting to move to France, where it might be safer for her and her family, and "Extra" spoke with Martinez at the restaurant opening about the subject. He said, in France, "we are protected by law" from the paparazzi." Check it out!

Berry has been married twice; to baseball player David Justice in the early 1990s, and to singer Eric Benét in the early 2000s. She has a daughter, Nahla, who turns 4 this month, with model Gabriel Aubry.