Supermodel Christie Brinkley's ex-husband, Peter Cook, appeared in an "ABC News" interview that aired Wednesday, in which he claimed Brinkley's recent comments to the press about their failed marriage were hurting their kids and harming his reputation. 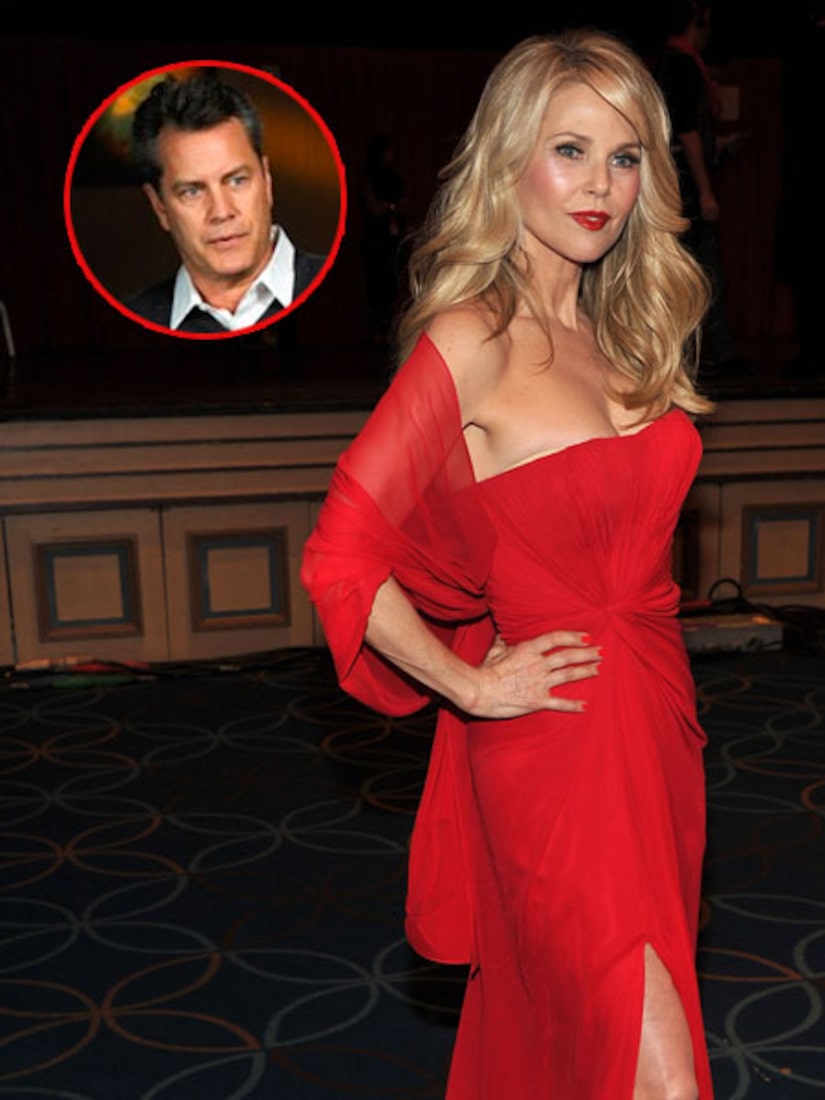 Cook, an architect, cheated on Christie with an 18-year-old before they split in 2008. Last week, both sides began releasing ugly statements about the other, and Brinkley claimed her ex was sending offensive emails and not paying child support.

During the interview, Cook said, "She can use her celebrity to get the media to say, 'He's a bad guy.' There's got to be a better way for her to do it. Go do a charitable act or something, but stop throwing your family under the bus."

Cook continued, "To be called a deadbeat dad to me is such a horrible, spiteful, vengeful thing to say, despite the fact that it's totally untrue."

When asked if he believed Brinkley was attacking him to get publicity for her "Chicago" show on Broadway, Peter replied, "I do. I can not see any other reason why you would do this."

"FOX News" host Jeanine Pirro told "Extra" she hopes the two could settle their differences soon, saying, "The courts are not there for petty grievances."

UPDATE: Christie's attorney, Tom Campagna, released a statement Wednesday that read: "Peter Cook continues to go on national television to malign his ex-wife and hurt his family by spreading lies in a desperate smear campaign. The Court granted Christie sole legal and residential custody and final decision making power for their children -- Peter's claims of being the 'primary caregiver' are delusional. In contrast to her ex-husband, Christie has honored the confidentiality agreement and follows Court orders, and when she's away for more than two days, per the Court, the kids are required to be with their father -- something Christie fought against. And her bitter ex even prevented Christie, a working mom, from seeing her kids on her one day off from performing. His claims of paying twice his child support are a joke, and in fact, he's been regularly behind in payments. But Christie will not take the bait and, while it is painful, she will stand up for herself and her children and refuses to be bullied."