After weeks of speculation, "Jersey Shore" star Nicole "Snooki" Polizzi confirmed to US Weekly that she is 15 weeks pregnant and engaged. 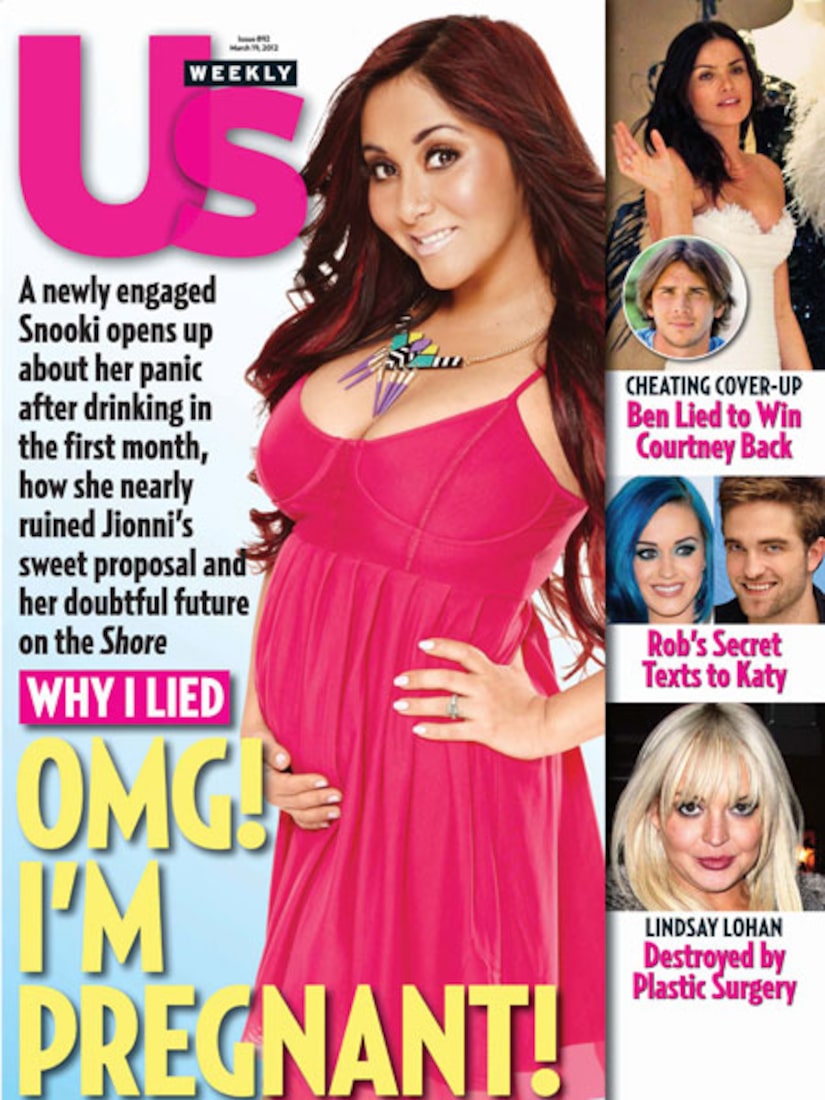 The reality star, 24, plans to tie the knot to the baby's father, Jionni LaValle, and says she "has different priorities now. I don't care what anybody else thinks. As long as I know I'm ready and he's ready." She and LaValle have been dating for a year and a half.

Snooki found out she was pregnant after New Year's and thought, "'S***, I've been drinking!' I was worried. It was New Year's Eve and we were in Vegas, so I did go crazy."

It is unknown how the pregnancy will figure into the "Jersey Shore" spinoff, which she is currently filming with JWoww, called, of course, "Snooki & JWoww vs. The World." It is set to premiere sometime this year.

No word on whether she's craving pickles and ice cream.