"Extra's" AJ Calloway caught up with "Mad Men" star Jon Hamm, who returns to season five of the glossy 1960's AMC drama this month after being off the air for nearly a year and a half. The actor hinted, "It'll be a continuation of the story we set out to tell five seasons ago."

In the season four finale, viewers were taken by surprise as Don Draper abruptly proposed to his secretary/girlfriend, Megan. The new season debuts with a special two-hour premiere on Sunday, March 25 at 9/8C on AMC.

Hamm's latest project, "Friends with Kids," involves his "Bridesmaids" co-star, Kristin Wiig. The film was written and directed by his real-life GF Jennifer Westfeldt, and is about a couple (Hamm and Wiig) whose two friends want to have a baby, but aren't romantically involved. 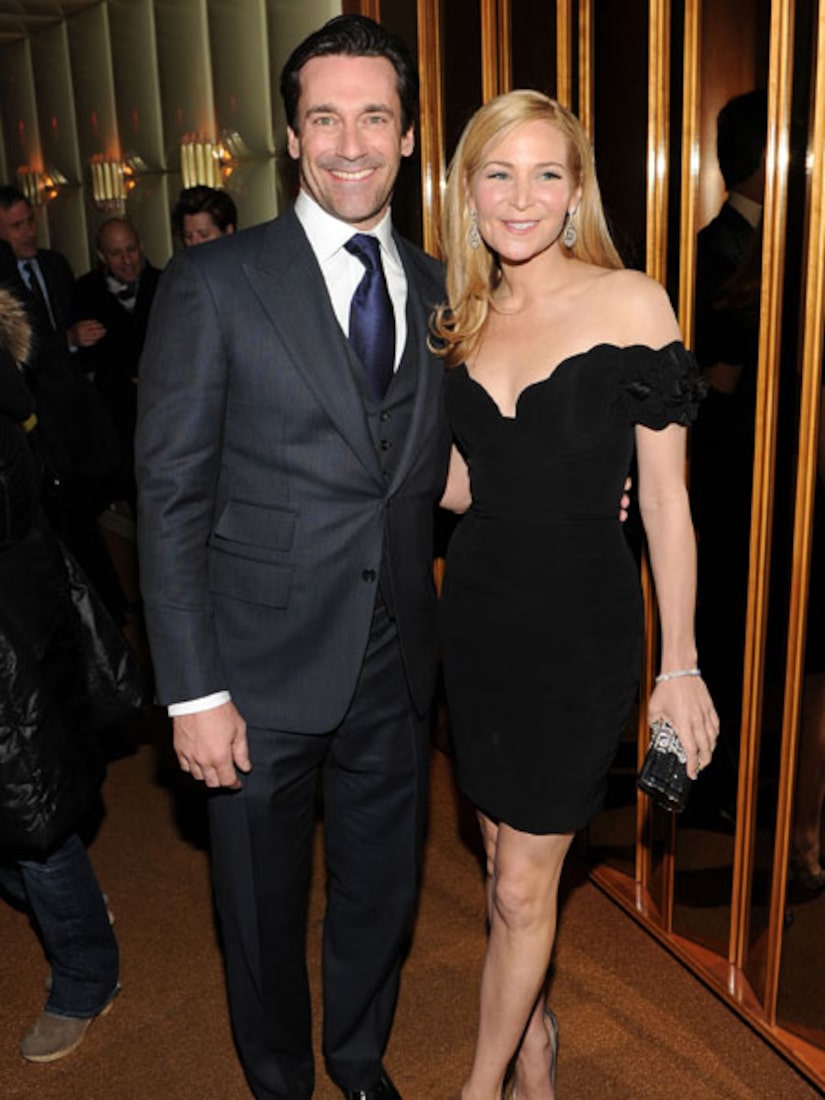 See Jon and Kristen in "Friends with Kids," dropping into theaters Friday.