Actress Tracey Gold is speaking out against former TV brother Kirk Cameron's anti-gay statements, and took to Twitter, writing, "I am a strong supporter of the #LGBT Community, and I believe in equal rights for all. #NOH8 #LOVE" 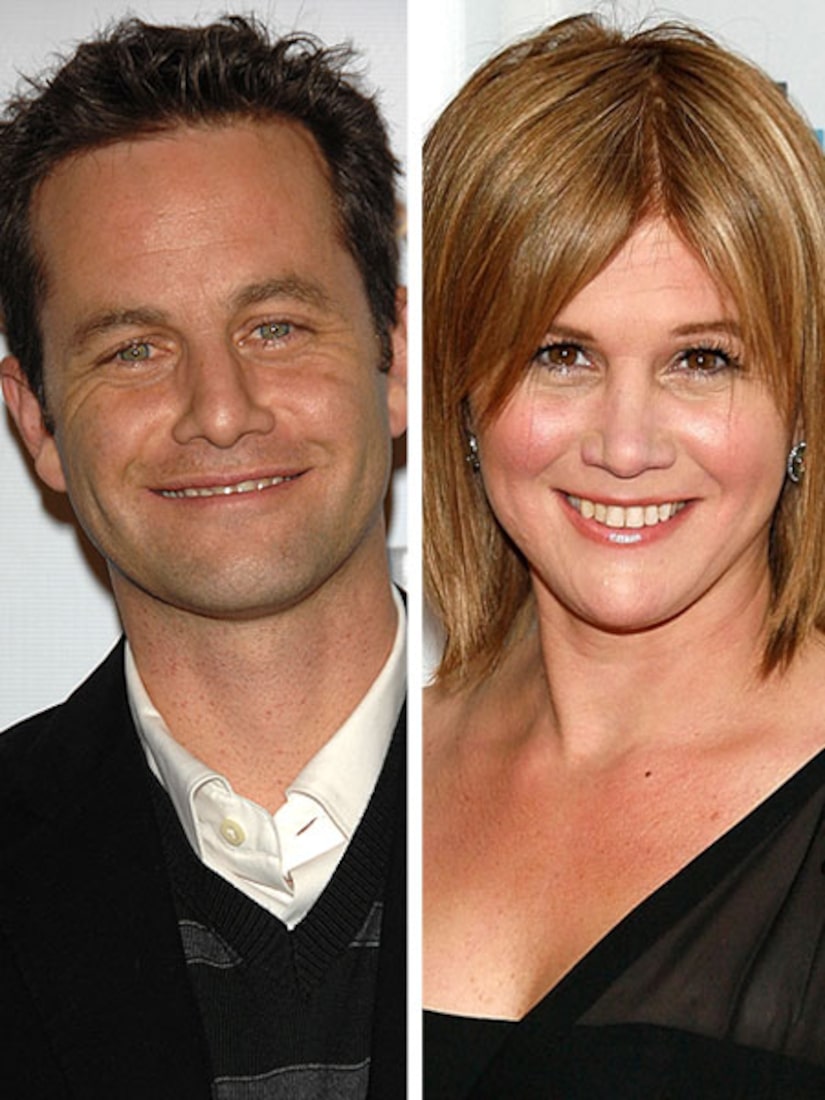 Gold, who starred in '80s sitcom "Growing Pains" with Cameron, changed her Twitter profile photo to a shot of her participating in the "NO H8" campaign -- a photo project in support of LGBT equality.

Cameron, a self-described Christian, said during a CNN interview with Piers Morgan that being gay is "unnatural," "detrimental," and "ultimately destructive to so many of the foundations of civilization."

He also said, "Marriage is almost as old as dirt, and it is defined in the garden between Adam and Eve. One man, one woman for life, till death do you part. So, I would never attempt to redefine marriage. And I don't think anyone else should either. So do I support the idea of gay marriage? No, I don't."

GLAAD spokesperson Herndon Graddick said, "Cameron has the right so share his views, but as a result of GLAAD's work, people of faith who support LGBT people are making sure their voices are louder. Thousands have shared the campaign and spoken out against Cameron's remarks."

Todd Ferrell, President of The Evangelical Network, said, "Despite what Kirk Cameron said on CNN's 'Piers Morgan' program, being gay is not unnatural, detrimental, or destructive to the foundation of civilization. Church in large, is part of the problem but has great potential to be a part of the solution. The church and Christianity have gotten off-track by over-emphasizing religious legalism and under-emphasizing a relationship with God. They also are simply out of touch with where America is on equality. Churches across America are seeing lower attendance and much of this has been attributed to their non-stop preaching against gays and lesbians."