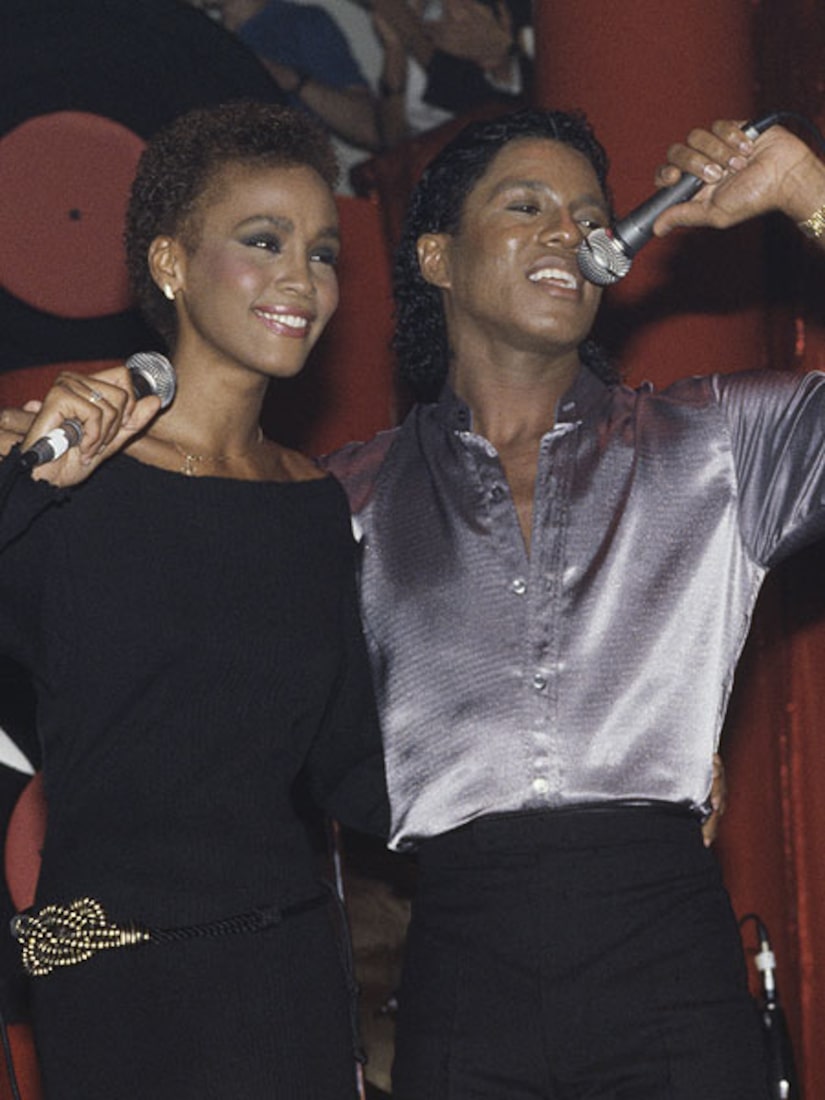 The two worked together in the early '80s on Houston's first album and the affair began then, while Jermaine was still married to Hazel Gordy, daughter of Motown founder Berry Gordy.

Whitney's 1985 No.1 hit, "Saving All My Love for You," was reportedly based on the affair with Jermaine, with the pop diva hiring a Jermaine lookalike to play the role of her lover in the video.

Jackson's brother, Michael, was among the few people who knew about the liaison, but did not approve of it. Whitney and Jermaine never lost touch, even after the affair ended; with the paper reporting that she comforted Jermaine when Michael died in 2009.

Jermaine, 56, was set to attend Houston's funeral February 17 but was reportedly too grief-stricken.

In other news, Whitney's daughter, Bobbi Kristina Brown, will be interviewed by Oprah Winfrey on the OWN show "Oprah's Next Chapter," along with other family members, including sister-in-law Patricia Houston and brother Gary Houston. The exclusive special will air Sunday, March 11.

Whitney was once romantically linked to actor/comedian Eddie Murphy in the '80s. Houston dated Murphy before marrying Bobby Brown.

Former football quarterback Randall Cunningham shared a two-year relationship with Houston, before calling it quits in 1987.

It was rumored that Houston once dated the Jackson 5 star, Jermaine Jackson.

In 1989, Whitney met Bobby Brown at a music awards show, and they married in 1992. Daughter Bobbi Kristina was born a year later.Bobby and Whitney famously had a tumultuous 15-year relationship. They once appeared on their own reality show, in which many of their marital problems were brought to light.Brown was accused of domestic violence in 1993 after Houston claimed he slapped her during a jealous argument.The two divorced in 2007.

Whitney's most recent romantic partner was 31-year-old rapper Ray J -- who was infamously linked to Kim Kardashian in their 2003 sex tape. Ray J is also singer Brandy's younger brother.The two dated on-and-off for four years, after Houston divorced Bobby in 2007.Whitney and Ray J were spotted together weeks before Houston's death, which sparked rumors of a reconciliation.The rapper stopped by "Extra" at The Grove one day before Houston's death, and addressed whether their relationship was back on.video platform [https://corp.kaltura.com][https://cdnbakmi.kaltura.com/p/594231/sp/59423100/thumbnail/entry_id/0_rtrj3uzi/width/120/height/90/bgcolor/000000/type/2]