The lyrics to Madonna's new song, "I Don't Give A," seem to target her ex-husband, Guy Ritchie, and include the lines, "I tried to be a good girl/I tried to be your wife/ Diminished myself/And I swallowed my light/I tried to become all that you expect of me/And if it was a failure/I don't give a [bleep]." 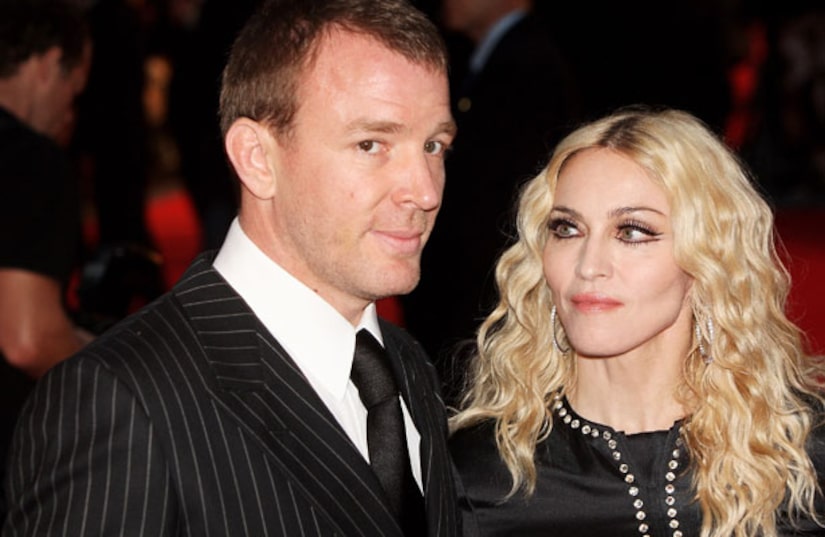 Another song from her new album, "MDNA," is titled, "Bang Bang," and has more personal lyrics: "Bang bang, shot you dead/Shot my lover in the head/Now my lover is dead/And I have no regrets/He deserved it/And I'm going straight to hell."

Madge and Ritchie wed in 2000, and after their divorce in 2008, her ex reportedly walked away with a $92-million settlement. They share custody of sons Rocco and David Banda.

The singer has been dating 24-year-old dancer Brahim Zaibat since 2010. In recent weeks, Zaibat reportedly asked Madonna to marry him, and according to Daily Mail, the songstress has not yet given him an answer. A source revealed, "She doesn't want to rush into anything. She is very happy with Brahim, although her friends are not sure she is ready for marriage again."