Former "Desperate Housewives" star Nicollette Sheridan was the first witness to testify in her wrongful termination lawsuit against ABC and the show's creator, Marc Cherry. 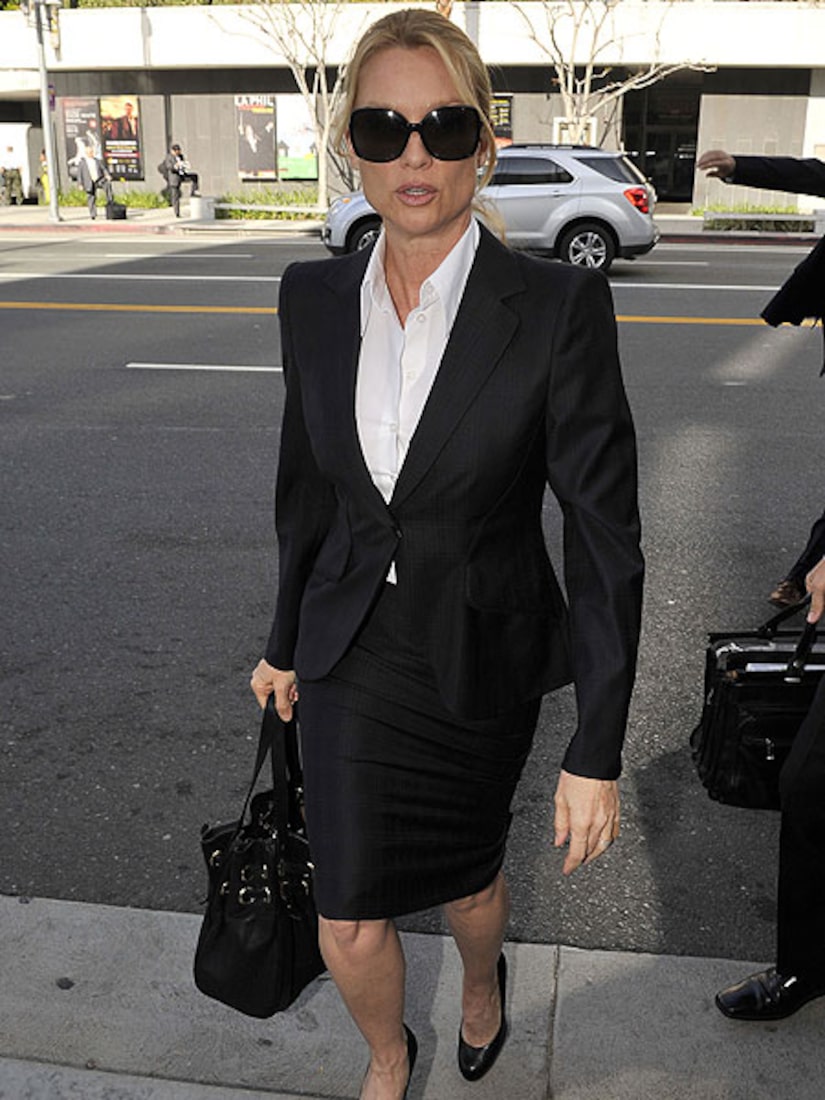 Sheridan told jurors she was shocked and humiliated after being struck in the head by Cherry on the set of the hit ABC show. She said, "It was a nice wallop to my head" and at the request of her attorney, demonstrated the blow.

Sheridan testified Cherry appeared stunned after the incident and later apologized to her.

The actress claims her character, saucy real estate agent Edie Britt, was killed in the show's fifth season after she reported the incident to network executives.

Cherry and ABC have maintained that it was a light tap meant to give Sheridan some direction for a scene, and they are set to present evidence that the decision to kill off Britt was made months before Cherry's alleged altercation with Nicollette.

Sheridan is seeking more than $6 million in damages.