"Extra's" AJ Calloway caught up with reality star-turned-actress Kim Kardashian on the set of "Drop Dead Diva," where she snagged a recurring role as Nikki. 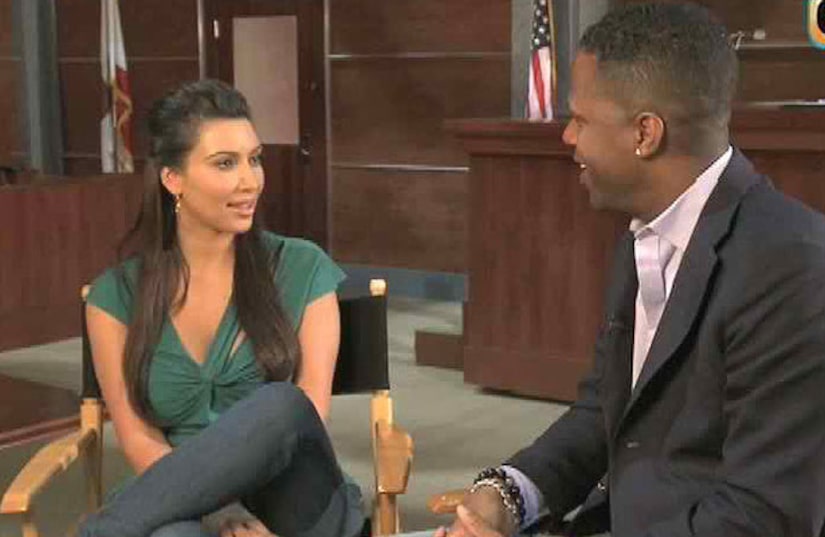 Kim, who has been out of the limelight since her divorce with Kris Humphries, said she only has one love in her life right now... her nephew, Mason. She told AJ, "I'm not dating right now. I don't really care to. Obviously, I've learned that I rush into things when I fall in love and get excited. So maybe I should chill out for a little bit." 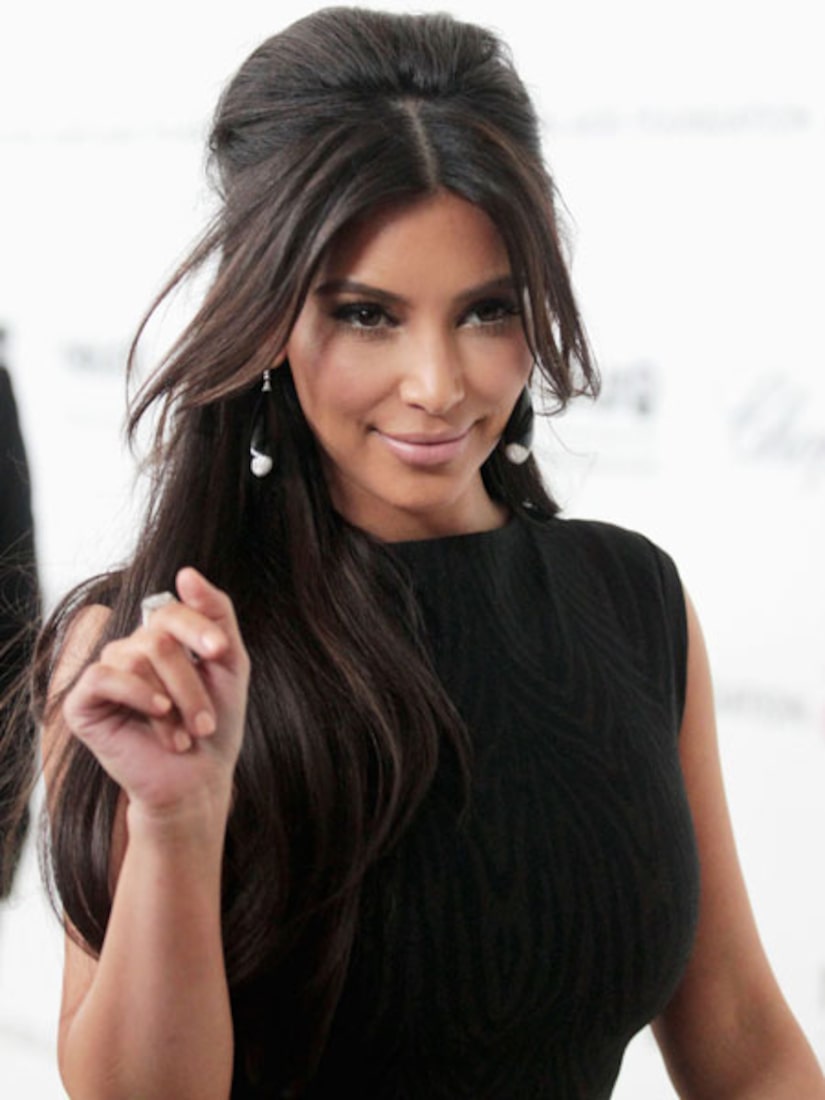 Kim's sister, Khloé, recently talked to Jay Leno about her first encounter with Humphries. Within the first five minutes of being introduced to him, Khloe said Kris asked her, "So, how much are you getting paid to fake your marriage? Like, how long are you gonna keep this up for?" Khloé, who is married to basketball pro Lamar Odom, said she couldn't tell if he was joking or not.

Kim swore she "had no idea" her sister said that to Leno, but added, "It'll probably be all over the Internet by now. Think what you want, I don't really care."

The 31-year-old former "Dancing with the Stars" contestant had some advice for "Extra" host and "Dancing" hopeful Maria Menounos. "I think Maria should definitely laugh... but I should warn people about the laugh first! I think she should show off that body."

When asked about the word diva, and how it relates to her, Kardashian replied, "When you hear about it from other people, you're like, 'Oh, they're such a diva, they're so demanding,' but I don't think I'm demanding. My sisters call me a diva!"